Greece announced that it plans to build a wall along its border with Turkey to keep out illegal migrants, according to news reports Saturday. 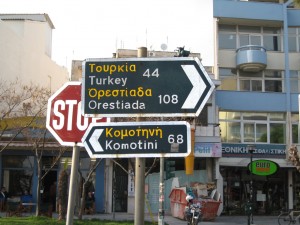 Greece shares a 206-km border with Turkey which serves as a common entry point for illegal immigrants coming to the European Union from Afghanistan, Algeria, Iraq, Pakistan and Somalia.

The Greek minister was quoted as saying that “Cooperation with other EU states is going well. Now we plan to construct a fence to deal with illegal migration.”
He said the border barrier would be similar to the one built by the US along its border with Mexico.

Reports said around 80 percent of illegal migrants in the EU arrive through Greece, where there are an estimated 300,000 illegal residents.

In Case You Missed It:  Twitter cut its own throat in banning President Trump
Posted in Financial and tagged Border, Europe, Greece, Illegal Immigration, Turkey.

Now is the time to sell, real estate consultant says

Mary Umberger, Chicago- People who have been delaying putting their homes on the market should do it soon because prices...