Paris – Four in 10 French and German people see Muslims living in their country as a “threat”, according to a poll published on Tuesday by French newspaper Le 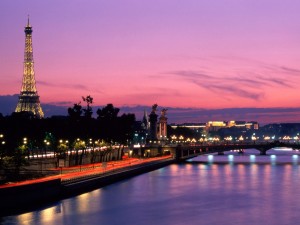 Forty-two percent of French people and 40% of Germans questioned by pollster Ifop said they considered the presence of a Muslim community in their country “a threat” to their national identity, Le Monde said.

The findings of the study “go beyond linking immigration with security or immigration with unemployment, to linking Islam with a threat to identity”, said Jerome Fourquet of Ifop, quoted by Le Monde.

Of the sample of people questioned for the survey in early December, 68% in France and 75% in Germany said they considered Muslims “not well integrated in society”. 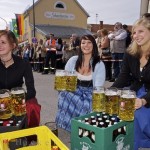 Out of these, 61% of French and 67% of Germans blamed this perceived failure on “refusal” by Muslims to integrate.

Eighteen percent of those who said Muslims were not integrated in France and 15% in Germany blamed it on “racism and lack of openness by certain French and German people”.

France has the largest Muslim population in Europe, estimated at about six million, originating largely from its former colonies in North Africa. It has passed a law banning the wearing of the face-covering Muslim veil in public.

Germany received vast numbers of migrant workers, most of them from Muslim Turkey, from the 1960s. German federal authorities estimate its current Muslim population at up to 4.3 million.

In Case You Missed It:  Get Ready for the Economic Collapse
Posted in Terrorism and tagged Europe, France, Germany, Islam, Muslims, Terrorism.

We have a $13 TRILLION dollar debt that is generating an additional $4 billion dollars in interest every single day...