In a twisted response to the devastating assassination of Pakistani Punjab Governor Salman Taseer, several hundred Pakistani clerics and so-called “scholars” signed a statement condoning the slaying and warning Pakistanis against grieving the death of the Governor. Adding insult to injury, several of the country’s clerics refused to lead funeral prayers for Taseer, who was shot down by his own bodyguard for defending the rights of religious minorities against the misuse of anti-blasphemy laws. Indeed, Pakistan’s top religious political parties said Taseer’s murder was justified and resulted from his failure “to implement Islamic laws in the country.” 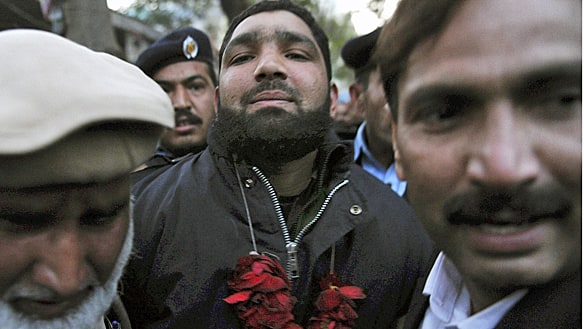 Any Pakistani leader who is interested in pursuing a better future for the country and his/her own children and grandchildren must stand up and be counted now, or expect to live in silence forever. Whether the leaders of the religious parties even believe their own rhetoric is beside the point. They may themselves operate out of fear of the monster they have created by misusing powerful religious sentiment for political ends.

More importantly, Pakistan’s powerful military leadership needs to weigh in on the matter, given its history of ties to the religious parties and related militant groups. When militants were emboldened to try to move from the Swat Valley closer to Islamabad in April 2009, it was not military operations alone that rolled back the existential threat. It was also General Kayani’s clear-eyed statement that the military would not allow armed militants to intimidate Pakistani civil society that helped keep Pakistan from slipping over the precipice. That same kind of unambiguous message against those who support violence and murder in the name of religion needs to come from all of Pakistan’s leaders at this critical juncture.

As world-renowned Pakistani author Imtiaz Gul wrote yesterday regarding the religious political parties in the Pakistani daily, The Express Tribune,

The perilous socio-political conditions of the country demands that these leaders — if they are interested at all in preserving a liberal Pakistan — position themselves in a more forthright and bold way, to confront all those bigots who want to keep the country beholden to ignorance in the name of Islam. Nothing will please and convince Pakistanis more than the refusal of mainstream political parties to be blackmailed by those who have thrived and prospered manifold by employing religion as a tool for political ends. Unless we stand up to obscurantist forces, the country will keep sinking in religiously-wrapped ignorance.

Pakistan’s founding father, Muhammed Ali Jinnah, supported the idea of Islam serving as a unifying force in Pakistan and envisioned the country functioning as a multiethnic, multi-religious democracy. But regional developments over the last 30 years, namely the war against the Soviets in Afghanistan and the Islamization policies of former Pakistani President General Zia ul-Haq during the 1980s, strengthened Islamist extremist forces over more traditional and moderate Muslim communities.

Pakistani authorities must deliver swift justice to the murderer and any possible co-conspirators to send a signal that such violent fanaticism has no place in Pakistani society, regardless of the fear and intimidation they might feel in doing so.

Shortly after noon today, all 435 Members of the House of Representatives will raise their right hands and take the...