Winter has only just begun, and many people across the country are already sick of the cold. On the heels of a record-cold December, frigid weather will continue seizing areas from coast to coast through mid- to late January. 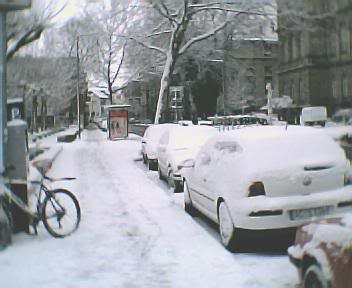 Based on this forecast, AccuWeather.com Chief Long Range Forecaster Joe Bastardi says this month could turn out to be the coldest January for the nation as a whole since 1985.

While there has been outstanding regionalized cold in January in recent years, Bastardi points out that the U.S. has not experienced this type of coast-to-coast cold since the 1980s.

Record-smashing cold already gripped a large portion of the West the first few days of the month with snow even falling in Las Vegas Monday. Bitter arctic air has also made a return to the northern Plains, while the East and South experienced a dramatic cooldown since the weekend.

More waves of arctic air will invade the country, starting late this week and continuing through next week and beyond. The period from Jan. 10-20 is when Bastardi expects the core of the cold to be in place, with the northern Plains in the heart of it.

He says places from Chicago to Denver could have one or two days with high temperatures below zero during this time. People in New York City may be looking at one day with highs in the teens, while temperatures potentially fail to rise out of the 20s in Dallas, Texas, and Jackson, Miss., for a day or two.

Bastardi also highlights the potential for rare snow in Seattle and Portland with the upcoming weather pattern.

The cold air coming to Texas starting early next week could affect the state’s citrus industry, according to Bastardi. He thinks Florida citrus, however, should be safe.

This past weekend, AccuWeather.com Expert Senior Meteorologist Alex Sosnowski started warning about the severe cold that is coming and provided more details on just how bad it will be.

In Case You Missed It:  Macron says French citizens who want to shop, dine, travel or worship must get vaccinated for covid
Posted in Freedoms and tagged Climate, Global Warming.

This news story from Russia Today highlights a problem that is becoming more and more critical all across Western Europe....