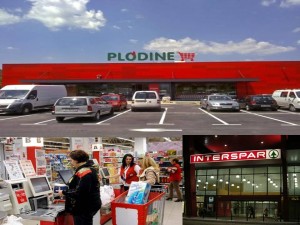 The ministers from Germany, France, Poland, Ukraine, Morocco, Kenya and Canada met in Berlin to prepare for a larger gathering which was to begin later in the day.

The seven agriculture ministers were unanimous on the causes and consequences of food shortages, which are pushing prices sharply up and, they agreed, renewing the threats of social instability and the sort of food riots witnessed in Mozambique, Egypt and elsewhere last year.

“We will see them again in 2011 and 2012 if we don’t rapid take the necessary decisions together,” warned French minister Bruno Le Maire.

His Moroccan counterpart Aziz Akhenouch denounced the “rocketing prices” which threaten purchasing power as well as political stability in his country, which is a major wheat importer and saw prices double last year.

There was apparently broad agreement, at the Green Week meeting in the German capital, on some steps to tackle the problems; increased production with help from higher yields, and trade stimulation while fighting against the speculators who ramp up the market.

“Trade is part of the solution, not the problem,” said Pascal Lamy, the World Trade Organisation’s director general, who also attended the meeting.

However there were sharp differences on the questions of further opening borders for agriculture products.

“Everyone wants first and foremost to support their own infrastructure, and trade with others comes after that” said Canada’s minister Gerry Ritz.

There was more consensus on the need to tackle the market speculators who inflame prices.

“There is total uncertainty today,” on the available volumes of foodstuffs, Le Maire complained.

“It’s not normal that their is so little information,” he added, calling for more transparency to stabilise the market.

Canada to Screen ‘Iranium’ Despite Threats

The Library and Archives of Canada will hold a February screening of the film "Iranium," an expose of the dangers...