US humiliated in eyes of Chinese by song used to inspire anti-Americanism:

Lang Lang the pianist says he chose it. Chairman Hu Jintao recognized it as soon as he heard it. Patriotic Chinese Internet users were delighted as soon as they saw the videos online. Early morning TV viewers in China knew it would be played an hour or two beforehand. At the White House State dinner on Jan. 19, about six minutes into his set, Lang Lang began tapping out a famous anti-American propaganda melody from the Korean War: the theme song to the movie “Battle on Shangganling Mountain.”

The film depicts a group of “People’s Volunteer Army” soldiers who are first hemmed in at Shanganling (or Triangle Hill) and then, when reinforcements arrive, take up their rifles and counterattack the U.S. military “jackals.”

The movie and the tune are widely known among Chinese, and the song has been a leading piece of anti-American propaganda by the Chinese Communist Party (CCP) for decades. CCP propaganda has always referred to the Korean War as the “movement to resist America and help [North] Korea.” The message of the propaganda is that the United States is an enemy—in fighting in the Korean War the United States’ real goal was said to be to invade and conquer China. The victory at Triangle Hill was promoted as a victory over imperialists. 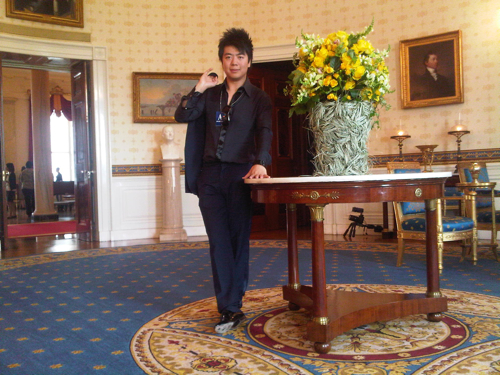 The song Lang Lang played describes how beautiful China is and then near the end has this verse, “When friends are here, there is fine wine /But if the jackal comes /What greets it is the hunting rifle.” The “jackal” in the song is the United States.

The pianist, meantime, explains his motives this way:

The name of the song is “My Motherland,” originally titled “Big River.” In an interview broadcast on Phoenix TV, the first thing Lang Lang is quoted as saying is that he chose the piece.

He then said, “I thought to play ‘My Motherland’ because I think playing the tune at the White House banquet can help us, as Chinese people, feel extremely proud of ourselves and express our feelings through the song. I think it’s especially good. Also, I like the tune in and of itself, every time I hear it I feel extremely moved.”

He expressed this idea more frankly in a later blog post, writing: “Playing this song praising China to heads of state from around the world seems to tell them that our China is formidable, that our Chinese people are united; I feel deeply honored and proud.”

35 people died and a hundred more were injured in an Islamic attack on the Russian capital, which occurred on...