35 people died and a hundred more were injured in an Islamic attack on the Russian capital, which occurred on Monday at the Domodedovo airport. It is appears that an Islamic terrorist committed suicide and blew himself up. 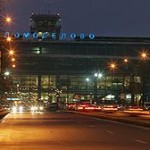 The powerful blast occurred at 16.37 at the arrival section of the airport. Force of the explosion was such that the building collapsed, ceilings fell, the walls were torn open and telephone wires and electric cables ripped from their places. Instantly the lights went out, and the whole place was shrouded in choking, acrid smoke . “We just got baggage, and already on their way to the exit when the explosion occurred,” – said Maxim, who flew from Dusseldorf, Germany. He himself was not injured but is in deep shock by what he saw: “On the floor lay the broken fragments of bodies, all were bathed in blood.”

According to the Health Ministry of Russia, an explosion killed 31 people at least another 130 injured. Of the injured 20 wounded are in very serious condition. At the airport victoms of the Islamic attack were sent soon to the nearest town near Domodedovo, but when it became clear the scale of what happened, doctors and representatives of other emergency services came from Moscow as well.

According to Kommersant, the official representative of the investigative committee of Russia, Vladimir Markin, in fact the incident a criminal case under Article. 205 of the Criminal Code (terrorist attack). According to preliminary investigation data, the power of the bomb that exploded at the airport, was equivalent to 7-10 kg of TNT. The bomb was homemade submunitions.

The bomb, according to preliminary data, was not delivered to the airport in the baggage of a passengers, the Islamic bomber entered from the street. Kommersant source close to the investigation, said that a Islamic suicide bomber infiltrated the airport from the parking lot where the entrance is not equipped with metal detectors. Then the Muslim man got on the elevator to the second floor, in the arrivals hall and detonated a bomb that was in his bag. The Muslim detonated the explosion near the largest crowd in an area of arrivals were family welcoming passengers whom just arrived, near the Cafe Asia inside the airport.

Russian President Dmitry Medvedev has ordered to enter a special security regime at all airports, terminals and transportation hubs. According to him, what happened today to Domodedovo suggests that not all laws in the field of security are applied properly.

Moscow and Moscow region police went on high alert even before the President’s decree almost immediately after the attack. In this case, law enforcement officers did not rule out that the bomber may have other Islamic accomplices who would try to repeat bombings in other locations inside Russia. Ror example, in the Moscow subway instance they had numerous Muslim attackers. New terrorist attacks have decreased with regard to already committed, the representatives of intelligence agencies believe that it is directly related to recent successful special operation in the North Caucasus, especially in Dagestan, a Muslim majority region of Russia that is very unstable to to Islamic terorism. The aim of these operations is to neutralize of the Islamic militia leaders who organized the attacks by suicide bombers in the North Caucasus and in Central Russia.

The last Muslim attacks, according to the FSB of Russia, lwas on the transport objects organized Chechen terrorist Shamil Basayev and carried out it was just through the airport Domodedovo. Islamic suicide bombers Satsita Dzhebirhanova and Amantha Nogaeva did on August 24, 2004 at about the same time over the Tula and Rostov regions mulims blew up two passenger jetliners a Tu-134 and Tu-154 flying from this airport in Volgograd and Sochi Russia. The Muslims Killed 93 people, two Russian were charged for negligence and for accepting commercial bribery have been convicted. One of them an airport police officer, Mikhail Artamonov (he was sentanced six years) and Domodedovo officer Nikolai Korenkov (only half a year). After that, in Russia tightened security measures we implemented at transportation facilities, including airports. The possibility of Muslims carrying of explosives onto an aircraft itself has been virtually eliminated, the airports lobby, as shown by the present case today, were left unprotected. 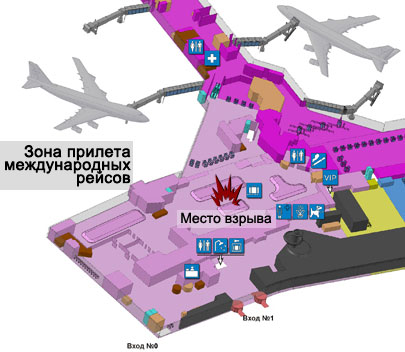 Today marks the beginning of National School Choice Week, a time when school choice advocates across the nation will hold...