And it might seem as if the United States doesn’t make world-class goods as well as some other nations. 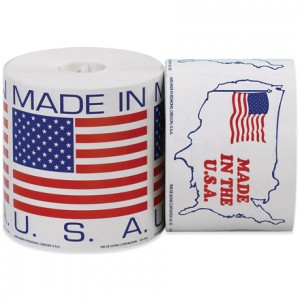 “There’s no reason Europe or China should have the fastest trains, or the new factories that manufacture clean energy products,” President Barack Obama said in his State of the Union address last week.

Yet America remains by far the No. 1 manufacturing country. It out-produces No. 2 China by more than 40 percent. U.S. manufacturers cranked out nearly $1.7 trillion in goods in 2009, according to the United Nations.

The story of American factories essentially boils down to this: They’ve managed to make more goods with fewer workers.

The United States has lost nearly 8 million factory jobs since manufacturing employment peaked at 19.6 million in mid-1979. U.S. manufacturers have ranked near the top of world rankings in productivity gains during the past three decades.

That higher productivity has meant a leaner manufacturing force that’s capitalized on efficiency.

“You can add more capability, but it doesn’t mean you necessarily have to hire hundreds of people,” says James Vitak, a spokesman for specialty chemical maker Ashland Inc.

The industry’s fortunes are brightening enough that U.S. factories are finally adding jobs after years of shrinking their payrolls. Not a lot. But even a slight increase shows manufacturers are growing more confident. They added 136,000 workers last year — the first net increase since 1997.

What’s changed is that U.S. manufacturers have abandoned products with thin profit margins, like consumer electronics, toys and shoes. They’ve ceded that sector to China, Indonesia and other emerging nations with low labor costs.

Consider Greatbatch Inc., which makes orthopedics and other medical goods. The company is expanding its manufacturing operations near Fort Wayne, Ind. Greatbatch wanted to take advantage of a specialized work force in northeastern Indiana, a hub of medical research and manufacturing.

“When you’re talking about medical devices, failure is not an option,” CEO Thomas Hook says. “It’s a zero-mistake environment. These products are customized and high-tech. They go into patients to keep them alive.”

Centerline Machining & Grinding in Hobart, Wis., which makes custom parts for manufacturers in the paper industry, plans to add to its staff of 26. But it’s struggling to find the skilled tradesmen it needs for jobs paying $18 to $25 an hour.

CEO Sara Dietzen laments that local vocational schools cut back training courses in recent years, having concluded that the future for manufacturing was dim. Not from her view it isn’t. For her company, output is all about speed.

“Our average customer wants a turnaround in less than three weeks,” Dietzen says. “You’re not going to get that in China.”

Still, economist Cliff Waldman of the industry research group Manufacturers Alliance/MAPI doubts that U.S. factories will continue to expand their payrolls in the long run. Manufacturing, he says, is “not a job creator for the U.S., basically.”

Mark Perry, a visiting scholar at the conservative American Enterprise Institute, likens the loss of manufacturing jobs to the exodus of workers from farms between the 19th and 20th centuries. If that migration hadn’t happened, Perry says, “we’d still have millions of people working in agriculture. Now, we can employ fewer people in factories.”

But the transition can be painful, he concedes.

Critics have a ready explanation for that: unfair competition.

Scott and other critics want to see the Obama administration support U.S. manufacturers by pressuring Beijing to drop the subsidies and let its currency rise freely. A higher-valued Chinese currency would make U.S. exports cheaper for Chinese consumers.

Centerline CEO Dietzen says she isn’t fazed by Chinese manufacturing. Some of her customers have placed orders with Chinese companies, she says, only to return, frustrated, to her company.

Chinese factories want mainly big orders. And they demand lots of time to fill them.

Dietzen says her clients are “finding when they get their parts back from China, they’re not always what they want. So we end up doing the work anyway.

“A common misperception,” Greatbatch CEO Hook says, is that the United States doesn’t make anything anymore.

The reality is rather different.

“We need a highly skilled work force,” Hook says. “So it’s very advantageous to be in a country like the United States where people are educated and ready to be hired.”

In Case You Missed It:  Our Growing China Problem
Posted in Financial and tagged China, Economy, Trade, United Socialist States of America.

What to Look for in Next Week’s Release of U.S. Trade Statistics

On February 11, the U.S. Department of Commerce will release our country’s 2010 trade statistics. The following three principles will...