WikiLeaks has released classified documents that show that al Qaeda possesses “the technical competence to manufacture an explosive device beyond a mere dirty bomb.” 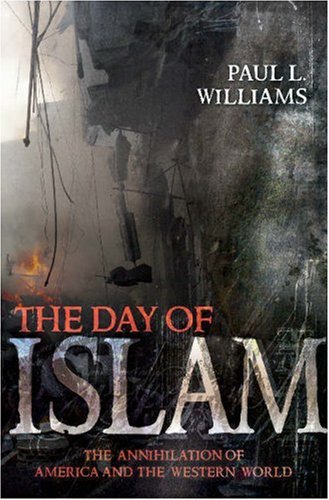 The leaked document supports the findings of investigative reporter Paul L. Williams, who exposed Osama bin Laden’s plans for an American Hiroshima in such books as Al Qaeda: Brotherhood of Terror, Osama’s Revenge: The Next 9/11, The Al Qaeda Connection, The Dunces of Doomsday, and The Day of Islam.

The books by Williams traced bin Laden’s search for nuclear weapons from his stay in Sudan to an incident at the Ramallah Bridge, where Mossad agents reportedly uncovered a fully assembled plutonium weapon that was being transported into Israel.

The U.S. government has been reluctant to publicly admit that al Qaeda has nuclear capabilities but the internal document show that a possible nuclear nightmare may await Americans on their native soil in the immediate future.

But the latest Wikileak release shows that US security personnel were officially informed in 2008 that terrorists had “the technical competence to manufacture an explosive device beyond a mere dirty bomb.”

Also laid bare in the diplomatic cables are the numerous attempts made to obtain and smuggle weapons-grade nuclear fuel across international borders.

The memos also document that a freight train on the Kazakhstan-Russia border was found to be carrying weapons-grade material, and that a “small-time” dealer in Lisbon tried to sell radioactive plates stolen from Chernobyl to Islamic terrorists.

A leaked document from a NATO meeting in January 2009 reveals that al Qaeda is also plotting a series of attacks with “dirty radioactive improvised explosive devices (IEDs).”

Such makeshift nuclear bombs could contaminate the major metropolitan areas throughout America for years to come.

The leaked documents also revealed that Al-Qaeda papers found in 2007 convinced security officials that “greater advances” had been made in bio-terrorism than was previously feared.

A separate Wikileaked memo documents a January 2010 meeting between Janet Napolitano, US Secretary of Homeland Security, and European ministers, and the German interior minister in which he revealed his concerns over aircraft security.

According to the cable, Thomas de Maiziere expressed his fear that terrorists could use “children’s articles to introduce bombs into airplanes.”

Robert Spencer- A Voice of Sanity

Robert Spence of jihadwatch explains the Muslims Brotherhood movement in Egypt while keeping his cool in a live FOX news...