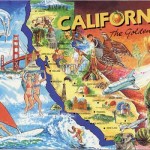 California: A court has tentatively ruled against California’s cap-and-trade law because alternatives were not considered. But then, neither were climate facts or the economic impact.

In the opinion of the court, CARB failed to complete the required environmental review under the California Environmental Quality Act because it did not adequately analyze the legislation to see if there are better ways to get the job done.

One of the plaintiffs in the case is the Center on Race, Poverty and the Environment, a group of rabid environmentalists who backed the passage of AB32.

Claiming to seek environmental justice for minorities, the center sued on the grounds that CARB’s implementation plan was too friendly to business.

According to the ruling, the Air Resources Board plan “seeks to create a fait accompli by premature establishment of a cap-and-trade program before alternative (sic) can be exposed to public comment and properly evaluated by the ARB itself.”

Now businesses, consumers, taxpayers and others adversely affected by the law presumably will have yet another opportunity to expose AB32 as an ineffective and draconian attempt to repeal the Industrial Revolution, at least at the state level, and push California even closer to the economic precipice.

AB32 was signed by Gov. Arnold Schwarzenegger in 2006. It required that by 2020, California’s emissions of carbon dioxide, which every human being exhales and every green plant inhales, and other so-called greenhouse gases be reduced 25% to 1990 levels.

The study put the annual cost of AB32 at $49,691 per small business and $3,857 per household, or $52 billion in added burdens for California families.

That’s a lot of pain for no gain.

Studies of the Kyoto protocol showed its imposition of a global regime of emissions control would reduce temperatures by an amount too small to measure or matter.

What could California by itself do?

We can only hope that a more thorough review of AB32 would lead to the conclusion that the best implementation plan would be to have none.

By Cassandra Anderson--California is the model for all other states in UN Agenda 21, the overarching blueprint for depopulation and...