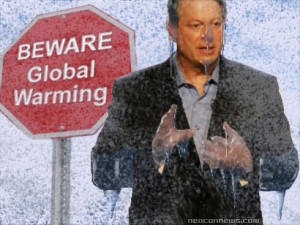 By Cassandra Anderson–California is the model for all other states in UN Agenda 21, the overarching blueprint for depopulation and total control. California passed sweeping laws, the AB 32 Global Warming Solutions Act and companion bill SB 375, that claim the need for “sustainability” to reduce greenhouse gases and carbon, otherwise known as phony global warming. California’s AB 32 law makes California the first state to commit to the Kyoto Treaty, a United Nations program.

The corrupt chief of the UN International Panel on Climate Change (IPCC), Rajendra Pachauri, said that electricity should be monitored and that hefty taxes should be used to keep people from flying, as he prefers trains for the masses. His comments leave no doubt that UN goals are designed for total control and lack of mobility, as mobility is a source and reflection of freedom.

Private property, the primary factor that increases economic and individual freedom, is under attack through new restrictive land use regulations. Specifically, these new restrictive land use laws (planning, zoning and building codes) target energy and transportation. If people are concentrated into cities, they are more easily controlled and become less self-reliant; the design for this known as ‘Smart Growth’.

This article is a snapshot of some of the measures, many of which are already in place, and is not a full analysis of all the programs or the abysmal affect on business that will suffer under these draconian laws. It is important to remember that these changes are based in the discredited “science” of global warming.

New urban developments: housing will be built near rail lines, with the stated intention of removing people from their cars.

Mixed use buildings: stores and restaurants on the bottom level with Smart Growth cage living spaces above are the model for new developments European style.

Green building permits: a whole new level of bureaucracy and fees are planned.

Retrofitting: many residential and commercial buildings are targeted for ‘green’ retrofits.

Zero Net Energy buildings: elimination of “fossil fuel” heating and A/C will be part of the new building code requirements.

Electricity and natural gas will be monitored with Smart Meters that have a remote “off” switch. Many California homes have already been outfitted with Smart Meters and bills have doubled in some cases. People have reported that the EMF radiation is making them sick. Smart Meters can be stopped by local governments before installation. A class action lawsuit against utility suppliers’ Smart Meters could go a long way toward stopping this program.

Smart appliances: new appliances are designed to be remotely controlled by your cell phone AND your utility supplier who can cut your appliances “off”.

High speed rail trains and light rail systems: these modes of transportation are expensive and inefficient. They are designed to reduce car use, while dramatically increasing centralized control.

Mixed use buildings are designed to keep people at home and to prevent vehicle use.

Mileage monitoring: the DMV will track mileage when vehicles are registered and those with higher mileage get to pay more taxes.

Interregional travel: the state will be broken into regions and “accounting approaches” will be applied for emission responsibility (this means more tolls and taxes).

Tolls and HOT Lanes: toll roads will increase and tolls for traveling in a congested area (the excuse given for this tax is that as a car idles in a congested area, there is more carbon emission). HOT (high occupancy toll) lanes and taxing single drivers for driving alone are part of the program.

Obesity: the State cites obesity as an excuse to ‘encourage’ (through regulations and taxes) bicycling and walking.
California is so thoroughly corrupt that despite State’s Air Resources Board fraud exaggerating diesel emissions by 340%. Meanwhile, the vehicle mandates are still going full speed ahead, without further study.

Federal Stimulus Funding: no figures are mentioned, but the federal government is very supportive of centralized power at almost any cost.

Carbon cap-and-trade tax: no specific figures were given as to how much the appointed bureaucrats expected to profit from charging for a non-existent problem.

Water public use charge: The plan says that it can generate $100 to $500 million dollars in fees, but does not specify whether this is a total or yearly figure.

Reforestation: public funds were cited as a way to finance the possible “need” for additional carbon sinks; no dollar amount was given.

Permits and licenses: there are 24 state agencies listed in the AB 32 Scoping Plan; all of them are likely to dream up new licensing and permit fees.

Mitigation fees: this has yet to be fully defined so it could apply to anything equally as silly as taxing a potential leaky refrigerator.

Private funding: corporations who will benefit from partnering with the government.

It is estimated that administrative costs will be approximately $36 million a year.

The lead agency in this endeavor is the MPO or Metropolitan Planning Organization, an agency of the federal government comprised of local government leaders and appointed transportation authorities. Federal transportation funds are channeled through this entity.

According to Michael Shaw, MPOs are a regional government apparatus. They are unelected and are primary purveyors of globalist policy generally. They reflect an extra unconstitutional layer of government. At the core they reflect a soviet system of governance.

Twenty four state agencies, filled by unelected bureaucrats, are involved and seek to entice local governments into carrying out globalist Agenda 21. Local governments have jurisdiction over certain zoning and building permits.
Public-Private Partnerships (PPP) are a cornerstone in Agenda 21 implementation. Essentially, the government partners with private corporations, Non-Governmental Organizations (NGO) and various other entities that may receive benefits including tax breaks or subsidies through government regulations.

The laws and scoping plans are written in a vague and ill-defined language designed to confuse the real goals. According to Michael Shaw, this is the future of legislation: laws are intentionally written in a confusing open ended way so that they can be interpreted into destructive globalist policy later.

Carbon dioxide “pollution” nonsense will be taught in schools, from kindergarten through university level to insure that Agenda 21 is implemented for decades to come.

Governors have the power to reject the globalist outright, but Agenda 21 and its lies are so monumental that it is difficult to some to grasp. Further, mainstream media is totally closed to the idea of public discourse on this matter. But cracks are beginning to appear in the Agenda 21 monolith.
New Mexico Governor Susana Martinez fired the entire state environmental board on her second day in office when they tried to usurp her power.

New Jersey Governor Chris Christie refused to complete the high speed rail system that would have connected New Jersey to New York; federal funds are provided if the state pays for at least half of the project.

California Governor Jerry Brown is intent on imposing the cap-and-trade portion of AB 32. However, he is also seeking to take local governments’ funds for ‘redevelopment’ or Smart Growth programs that benefit developers (many of whom are corrupt) to add to the State’s general fund to offset the deficit. Jerry Brown is a globalist but he has been held back by budget realities incurred by Schwarzenegger. In effect, Brown has accepted the new austerity financing reality of the new order- so he has been reduced to being reasonable in some instances.

On February 4th, California Superior Court Judge Ernest Goldsmith tentatively ruled that the California Air Resources Board (CARB) violated the state’s environmental law in 2008 and again last year. CARB failed to do a full environmental review; the cap-and-trade scheme and enforcement of emissions laws are temporarily on hold.

Agenda 21 enters communities from many directions. According to Michael Shaw of Freedom Advocates.org the most vulnerable organization promoting Agenda 21 at the local level is the U.N. accredited NGO called ICLEI – the International Council for Local Environmental Initiatives.

“Over 600 American cities have contracted with ICLEI, a foreign NGO that exists around the world for the purpose of implementing Agenda 21. This is a direct violation of Article 1 Section 10 of the Constitution and thereby constitutes treason by the local officials responsible. Today the battle over ICLEI is rising as a growing number of communities with this information in the public’s hands have or are in the process of kicking ICLEI out. This is the initial volley in recapturing America from Globalist control.”

It seems the Pittsburgh Steelers weren’t the only ones having a bad day Sunday: Tax watchdogs are flagging President Barack...