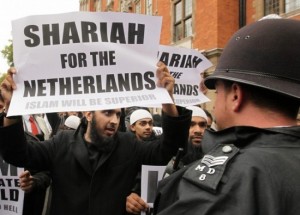 Christian Democrat leader Maxime Verhagen on Monday said the multicultural society has failed. He was speaking during the recording of tv show Nova College Tour.

Verhagen told the programme the Dutch no longer feel at home in their own country and immigrants are not entirely happy here either.

The minister wants the Dutch to be prouder of their country like people in the US where they first say they are American and then where they originally come from, says the paper.