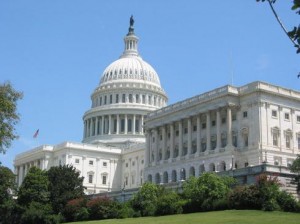 A high-ranking aide to Minority Leader Nancy Pelosi (D-Calif.) told Democratic chiefs of staff that a government shutdown is more likely than not, according to attendees.

Speaking at a regular meeting of the top aides to House Democrats, Pelosi’s floor director, Jerry Hartz, offered up, unprompted, his assessment that the odds favor inaction before the government runs out of money, sources said.

That became the focal point of the meeting, sources said, with the other aides asking only questions about “the possibility of a government shutdown and the logistics” — i.e., what it would mean for their offices and government services — according to one chief of staff who spoke to POLITICO on the condition of anonymity.

The aide said the message of a likely shutdown did not appear geared toward ginning up the staffers for political purposes.

“It was genuine,” the aide said.

One aide, who was not at the meeting, said Hartz’s remarks were misinterpreted. “He was saying what would happen if the worst occurs, which has already been advocated by some Republicans. He wasn’t predicting anything,” that aide said. “Democrats are committed to work responsibly with Republicans to ensure that critical services to our constituents are not cut.”

Yesterday Pelosi told reporters that if there is a government shutdown, responsibility will fall on Republicans’ shoulders.

“It is a failure. It’s really a failure to say we have taken the leadership of the Congress of the United States and the first thing we’re going to do is shut down the government to the detriment of our people, to our security and to our country’s future,” she told reporters.

… but of course risk death for doing so, as the Religion of Peace™ does not like apostates. At all....