Award-winning journalist Arnaud de Borchgrave tells us that the increasingly volatile situation in the Middle East could push the price of oil quickly to $300 or even $400 a barrel. 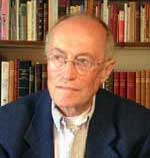 De Borchgrave, who has interviewed Moammar Gadhafi six times, also says the Libyan leader is manic-depressive who is going through a manic phrase where he is “taking on the world.”

A 30-year veteran of Newsweek magazine, de Borchgrave now is director of the Transnational Threats Project at the Center for Strategic and International Studies, editor-at-large at United Press International and The Washington Times, and a Newsmax correspondent.

In an exclusive interview with Newsmax.TV, de Borchgrave discussed the impact that the uprisings in Libya, Iran, and other Middle Eastern nations could have on the price of oil. Some economists also have speculated that, if oil surged to $400, the pump price for gasoline could hit $15 a gallon.

“This could get pretty bad because of what’s going on in Libya,” he says. “Libya pumps about 1.8 million barrels a day,” some of which is pumped out of the eastern region around Benghazi “which has now in effect seceded.

“Libya supplies around 74 percent of Europe’s oil and if that is cut, which it could very well be in the next few days, oil will be spiking again.”

The United States does not buy oil from Libya, but de Borchgrave points out that “oil is a global commodity and what hurts in one part of the world is bound to have an impact on other parts of the world.

“If you remove 1.8 million barrels per day, that’s taking quite a chunk out of the world oil market. To tell you to where the prices could spike, I really can’t tell. But if we were to have any trouble in the Straits of Hormuz in the Persian Gulf, you could see oil going up to two or three hundred dollars a barrel very quickly.”

Oil was selling at more than $95 a barrel on Tuesday afternoon, and there’s no telling where prices at the pump — currently around $3.17 a gallon — could rise to if per-barrel oil prices soared to those levels, according to de Borchgrave.

Events in Iran, which also has been rocked recently with popular unrest, could in fact “drive oil up to $300 or $400 a barrel very quickly because we’re dealing with the Straits of Hormuz through which about 28 percent of the world’s oil passes every day,” de Borchgrave tells Newsmax.

If the United States or Israel launched an attack on Iran’s nuclear facilities, he adds, “it wouldn’t be difficult for the Iranians to sow a few mines, and the Iranians today have the capability of landing a missile on the deck of an aircraft carrier.”

Reports out of Libya say hundreds of people have been killed in the Libyan government’s crackdown on protesters, and Secretary of State Hillary Clinton has called on Moammar Gadhafi to stop the bloodshed. Asked whether Gadhafi cares what the rest of the world says about him, de Borchgrave responds: “Not really. The man is not normal mentally.

“I’ve interviewed him six times and have no hesitation in calling him a manic-depressive. I’ve seen him through his manic phases and his depressive phases. What he’s going through today would seem to be a manic phase, where he’s taking on the world. He’s talking about thousands of casualties, and his son is on television talking about fighting until the last drop of blood. It’s to be taken seriously.

“The man is now in a manic phase and he thinks he’s going to take on the giant, the United States.”

De Borchgrave warns about the danger the Muslim Brotherhood poses in the Middle East.

“A lot of people are going around saying the Muslim Brotherhood has changed its colors, they’re a totally different political animal, they’re willing to work through the democratic process and fight fairly in elections. I would say, don’t believe that for a second.

“We’ve just seen in the past few days some very extreme Muslim Brotherhood leaders showing up in Cairo for the first time in 50 years, in the case of one of them, and speaking about how much they hate the Jews and their American protectors.”

Pirates killed four Americans off the coast of Somalia. Asked whether the U.S. Navy should do more to head off pirate attacks, de Borchgrave says: “I think we should all be doing a lot more than we’ve been doing.

“We’ve been dealing with legal technicalities far too much up until now,” and the piracy will be curtailed “the minute that word gets around among these pirates that two or three of their boats have been blown out of the water by the U.S. Navy or any of the other navies in the area.”

In Case You Missed It:  Some Democrats are beginning to admit that lockdowns have turned the US into a totalitarian police state
Posted in Financial and tagged Egypt, Energy, Europe, Financial, Governments, Iran, Libya, Oil, OPEC, Saudi Arabia, Yemen.

Saving Our Nation From Debt

Uncle Sam is spending you into the poorhouse. Taxes, inflation, unemployment, interest rates – all could skyrocket if Washington keeps...