As Muammar al-Qaddafi clings to power by ordering his troops to shoot on their Libyan compatriots, across the globe in the Caribbean one of his last remaining global buddies is doing his best to keep the lid on his own victims. Fidel Castro, presiding over the wreckage of what was once the thriving island of Cuba, stepped up repression today, the first anniversary of the hunger-strike death of a dissident leader, lest others take to the streets. 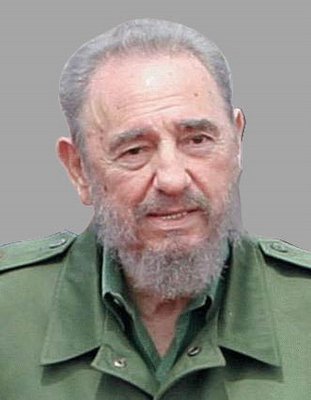 Castro’s political police are imprisoning Cuban dissidents to prevent them from marking the death of Orlando Zapata Tamayo, a simple bricklayer who was sent to prison on March 20, 2003, for “disobedience” (yes, an adult person can be so charged in Castro’s Socialist paradise for speaking his mind) and died on Feb. 23, 2010 — after two months on hunger strike.

Blogger Yoani Sanchez, one of a handful of dissidents in Cuba to have access to Twitter, has been sending Tweets all day detailing who has been held under house arrest.

According to Sanchez, such opposition figures as Jose Urbino, Zaldivar Maria Antonia Hidalgo, Caridad Caballer and Luis Felipe Rojas have been surrounded by government goons in the city of Holguin.

Even the “Ladies in White,” a group of spouses of political prisoners who meet and march through the streets, their dignity held high in the face of heckles and punching by government goons, are being blocked from meeting today, according to Sanchez. She quotes Lady in White Berta Soler as saying that 13 of her fellow Ladies are being held by police inside a house and that other dissidents have had their ID papers taken away by police.

Award-winning journalist Arnaud de Borchgrave tells us that the increasingly volatile situation in the Middle East could push the price...