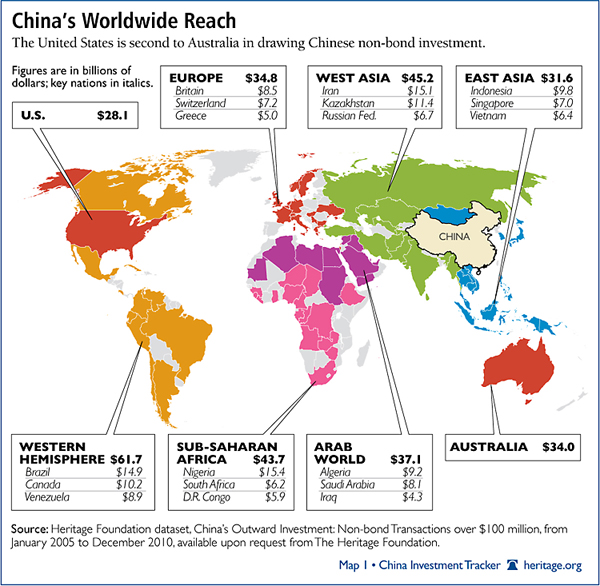 African Union chairman Jean Ping’s recent op-ed espouses China as the model of economic excellence to which African countries should aspire. Ping praises China’s globalization, particularly in enterprise development, trade, and investment in Africa. However, Ping structures his argument around a misinformed premise.

He assumes that since China is a major business partner with Africa ($43.7 billion in investment), it provides an economic model that will spur growth and provide resilience against market decline in African countries. This assumption is fundamentally flawed. Africa is not capable of emulating China, nor should it try to.

Many African countries, burdened by years of political instability, have feeble economic infrastructure. They also lack the market size and massive work force that China possesses. China is therefore an ill-fitting model.

Even more important, China is not an economic ideal to which African countries should aspire. The Chinese economy rests on a fragile foundation and lacks freedom. The Communist Party maintains tight authority over all economic decision making, undermining long-term productivity. The reform process that brought ordinary Chinese so many gains has been sacrificed in recent years for the sake of enriching the giant Chinese companies that now roam Africa. The Chinese economy remains mostly unfree.

Instead of using China as a model, African countries should look to vibrant peers that possess freer economies than China as formulas for meaningful economic development. According to The Heritage Foundation’s Index of Economic Freedom, both Botswana and Mauritius are far freer economically than is China. Botswana, a country once dependent on its diamond industry, has achieved considerable growth through its sensible regulatory environment and openness to foreign investment. The small island nation of Mauritius has achieved extensive economic progress by limiting government intervention in a robust private sector. Both countries have achieved greater economic freedom than many countries in Europe (e.g., France and Greece).

Africa has much to offer and much to gain in global trade and investment. At best, China can be a useful business partner for Africa—but never an economic model. In the quest for a proven formula for enduring prosperity, Africa can and should be wiser than China by pursuing greater economic freedom.

In Case You Missed It:  The DEATH and REBIRTH of human civilization is now the only remaining path to universal awakening
Posted in Financial, Freedoms and tagged China, Economy, Europe, Financial, Foundry, Freedom, Governments.

"The 'Trophy-Windbreaker' System will enhance the performance of our forces on the battlefield," Yom Kippur War hero Brigadier General (res.)...