Billionaire real-estate magnate Sam Zell warns that Americans should brace for a “disastrous” 25 percent decline in the standard of living if the U.S. dollar’s reign as the global reserve currency ever ends.

He says that there are signs in the market that it could eventually happen. As it is now, a Korean manufacturer who wants to sell to Brazil must first buy dollars to complete the deal. If countries decide to bypass the dollar, the effect would be a disaster, Zell says. 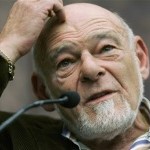 “Frankly, I think we’re at a tipping point. What’s my biggest single financial concern is the loss of the dollar as the reserve currency,” he told CNBC in an interview. “I can’t imagine anything being more disastrous to our country than if the dollar lost its reserve-currency status.”

Although he is “hoping against hope” the dollar remains the standard for international exchange, he warns that “you’re already seeing things in the markets that are suggesting that confidence in the dollar is waning.”

If that happens, the impact on the United States would be deep. “I think you could see a 25 percent reduction in the standard of living in this country if the U.S. dollar was no longer the world’s reserve currency,” Zell said “That’s how valuable it is.”

Zell says that the bond market seems remarkably complacent about the risk. But that could turn on a dime, he warns.

“The worry in the bond market is never there until it’s there. The dollar has gone down 20 percent in the last three or four years,” Zell says. “I don’t know who is buying 30-year fixed-rate debt. I don’t understand TIPs (Treasury inflation-protected bonds) that are projecting 30 years of benign inflation.”

Once the world turns on the U.S. dollar, if it does, things will change fast, Zell warns. “How could interest rates not go up? Either they go up or the dollar goes down, one or the other,” Zell says.

As for inflation, he estimates that actual inflation is between 5 percent and 7 percent right now, despite government figures showing the CPI flirting with low single digits. Fear of deflation — prices falling out of control — has been the primary motivator at the Federal Reserve to pump up money supply by more than $2 trillion in recent months.

Nevertheless, oil is rising fast and food riots are breaking out in developing countries. The United States has been less affected until recently. Zell points out that our Consumer Price Index tends to hide inflation by counting depressed home prices at 42 percent of the index.

“If you adjusted the CPI to reality you’re probably looking at 5, 6, 7 percent inflation today,” Zell says.

“The reality out there is the costs are going up. The fact that we’ve been massive beneficiaries of Chinese mercantilist policies that have allowed us to buy goods at much less than their fair value. That has hurt us on the manufacturing side, but it has been a subsidy to America. That subsidy is coming to an end.”

Others agree with Zell that the dollar’s world dominance will soon fade.

Ray Dalio, founder & CIO of Bridgewater Associates, told CNBC that it is “inevitable that the dollar’s role as the world’s currency will diminish from the dominant world currency to one of a few.”

“It will fade probably fairly quickly so the United States which accounts for almost two-thirds of the reserves will probably go down to 50 percent of the world’s reserves and it will have an effect on lending,” he added.

Meanwhile, Bill Gross, found of bond giant Pimco, recently told investors that the Fed’s heavy thumb on the scales on behalf of low interests was perhaps necessary given the magnitude of the crisis. The second round of easing known as “QE2,” perhaps, also had a role to play.

However, as the deadline for the second round to end looms — it is set to expire in June — there are serious questions about whether a smooth transition to private demand for U.S. debt will appear, Gross said.

In Case You Missed It:  Crime does cause poverty
Posted in Financial and tagged Banking, Debt Crisis, Depression, Dollar, Economy, Financial.

House Panel to Look at Radicalization of U.S. Muslims

WASHINGTON (AP) — Muslims in the America aren’t cooperating enough with law enforcement to counter the radicalization of young followers...