By Daniel Greenfield– The sweep of revolutions across the Middle East has optimists cheering and realists preparing for the worst. And the worst is generally a good thing to prepare for in the region. 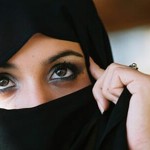 The regimes targeted by the movement have invariably either been allied to or achieved a stalemate with Western countries, (a statement that applies to Libya despite how loosely it may be interpreted) and did not seek to build an Islamic republic and impose it across the region. This was not about the overthrow of tyranny. Turkey with its tens of thousands of political prisoners got a free pass, so did Syria and the Iranian revolution was once again left to go it alone. The countries targeted invariably were either opposed to Iran, or not aligned with it. Jordan, which might have otherwise been ripe for a protest movement, saw little action, perhaps due to its king’s recent visit to Iran.

Whatever the media may squeak, this was a victory for Iran and for the Islamists. The course is set for the rise of Islamic republics, but these will not happen at the same time or in the same way. There will be a period of ‘Weimar Republic’ democracy, chaotic political rivalries and inept governments making way for the revolutionary regimes. In some countries this will occur violently and in others it will be a smooth transition orchestrated from within the system. But the final course is clear. It is no longer a matter of whether, but of when.

Yet the Talibanization of the Middle East may not be a wholly unrelieved evil. It will be ugly, but there is another side to it as well.

1. “You like cigarettes, go smoke three packs right now. You like Islam, go live under an Islamic republic.”

When catching their child smoking, some parents have been known to force him to smoke an entire pack of cigarettes. And possibly the best way to cure the Muslim world of a hankering for an Islamic republic is to actually force them to live under one.

If Egypt, Libya and Tunisia turn into Islamic republics, then the odds are good that the children of the next generation will hate clerical rule, almost as much as Iranians do today. The Islamist pitch is as much about social welfare and corruption free government, as it is about be headings and the burka. And it is the social welfare and corruption free government that has the widest resonance. Once in power, they will oversee the same corrupt government as before, with the clerics doing the stealing, and making everyone miserable in the bargain.

A generation of rule will do for the reformist image of the Muslim Brotherhood and the various Islamist groups, what rule in Iran did for their Shiite counterparts. They will lose their image as reformers and instead become the crooked bastards everyone hates. They will become viewed as corrupt and greedy, and it is that which will finally bring them down.

The Caliphate is so popular among European Muslims because they have the least experience living that way. After a generation of it, Arab Muslims will still read the Koran, but without the same enthusiasm for implementing its precepts to create paradise on earth. It may well be that the surest way to destroy the dream of the Caliphate is for the Islamists to get their chance to try and build one in the Middle East. The Soviet Union killed Communism and the Islamic Republics may well kill the Islamic revolution.

Our biggest handicap in the War on Terror has been the illusion of false allies, that majority of moderate Muslims. But the Talibanization of the Middle East will kill that illusion dead, just as the USSR made it clear that Communism could not be a viable participant in free world politics.

The governments of every Muslim country have been playing both sides, leading us around the nose, while providing safe harbor and funds to the terrorists. Western leaders have gone on pretending that we had friends in the Middle East and that we don’t have to fight the war alone. But the Talibanization of the region will end those illusions. It will become painfully clear that we are alone and that we have to fight the war alone.

The death of equivocating states may well be the end of all illusions in the War on Terror. When most of the Middle East is as brutally anti-American as Iran, another Cold War will dawn. We will have no choice about it. Islamists feeling their oats will spend less time pandering to us and more time threatening us.

The Democrats did not want a post-war showdown with the USSR, they got one anyway. Western leaders will be in the same boat should the beginnings of a Caliphate take shape. The Islamists will need money to fund their social programs and wars to distract their people. A conflict will become open and inevitable.

3. “The Muslim Middle East will bleed itself dry.”

The Islamists have grand ambitions and those cost money. The Middle East has only one major source of income and that’s oil. Nazi Germany went on a looting campaign to pay for their plans. The Soviet Union bled itself dry. By the time they were done, Germany and the USSR had wrecked themselves in ways it would take decades to fix.

Iran could have given its own people a good life, but instead it is funding terror around the world and unrest in the Middle East. The opposition to the regime is connected to the money being funneled into Islamic terror and into the pockets of powerful and well-connected families.

If the Islamic Republics face off in a new Cold War, they will be fighting economies with deeper pockets, richer resources and more diverse economies. And like the Soviet Union, the confrontation will end up bleeding them dry. Their domestic social policies will fail and their warmongering will rack up a staggering toll. What will be left, will be unsustainable. A wasteland. A desert.

4. “Sometimes you have to hit bottom, before you can rise to the top.”

Every time it seems like we have hit bottom, a new low opens up. But it would have looked that way in the Europe of the 20?s and 30?s as well. We may be coming to a catastrophic crisis and when the crisis reaches its moment, terrible evils will be unleashed, but also a chance for the nations of the free world to redeem themselves by standing up to evil. Even if that redemption is as belated and incomplete as it was then.

We have not yet reached the critical moment, but this may do it. And when it does, then this new generation will have the chance to be the Greatest Generation, to leave behind the dross and decay, and find their finest hour.

History may not repeat itself, or repeat itself only as farce, but if it does, then the time may be coming when another collision shakes the world. In the natural course of events, the free world will fade into senescence and be trampled by the invaders. But a premature conflict may change all that. Force the moment to its crisis and toss aside the politicians of today, for the leaders of tomorrow.

A Talibanized Middle East will shatter the existing status quo and consign the rubbish about a progressive united world order to the trash. The present understanding of the world that the political elites cling to will come apart like tissue paper in their hands, and like Chamberlain, they will be forced to step aside for new leaders whose worldview encompasses the nature of the truth and the need to fight it.

5. “Egypt may be the Iraq of the Liberals”

I have said before that Egypt may end up being the Iraq of the Liberals. Iraq and Afghanistan killed the idea that all we needed to do was invade, remove the dictators and hold open elections. Egypt, Tunisia and Libya are likely to do the same for the liberal idea that if the US just stopped backing the dictators and let the leftist groups hold their revolution, everything would work out.

The left failed to learn that lesson from Iran. Now they have gotten their regional revolution, and it is going the same way as Iraq and Afghanistan. The fall of the tyrant leading to looting, violence and instability, and ending in an Islamist takeover. And when it all plays out, they will be forced to contemplate the consequences of their folly, and the way forward. And the usual scapegoats of America and globalism will no longer apply.

Again no one would wish for an Islamist takeover of major countries in the region. The collateral from even a Cold War will be bad enough. A hot war, particularly played out with nuclear weapons, doesn’t bear thinking about. Yet it is important to realize that in the complexities of history, there are many paths. And that the outcomes of events can often be paradoxical. Evil has a way of destroying itself, though not before inflicting great harm on the innocent. And it may be that in the moment of its greatest triumph, this evil in destroying itself.

Foreign Aid Does Not Guarantee Security (Human or Otherwise)

In the midst of Congress’s roaring debate over budget cuts, Assistant Secretary of State Eric Schwartz weighed in last week...