This weeks 8.9 Earthquake in Japan brings the question once again, when will the big one hit California? It’s conventional wisdom among California seismologists that Southern California will be hit by an earthquake similar to the one that hit Japan this week, know by locals as “The Big One”. In the last 5 years we have seen major events in Pakistan, Haiti, Chile, L’Aquila region of Italy, New Zealand and now Japan. This brings the question, is California next and if so how prepared are they? 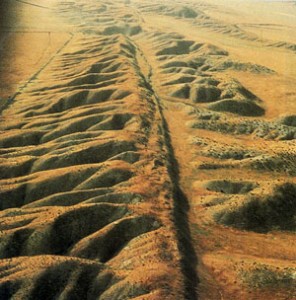 Forget calling it “The Big One” and start calling it “The Even Bigger One”: Recent reports suggest that the long-overdue (and “big”) rupture predicted along California’s San Andreas fault could be much worse than previously thought, and significantly stronger than the last major earthquake. Specifically, it could be as strong as 8.1 and as long as 340 miles—the full length of the fault from Monterey County to the Salton Sea, the Los Angeles Times reports.

The last major rupture along the San Andreas, in 1857, measured an estimated 7.9 and ruptured 200 miles of the fault; a quake like the one described above would release twice the energy of the 1857 rupture. Until recently, experts thought one portion of the southern part of the fault would stay dormant for another 100 years or more, but an August report indicates that portion is also overdue for a big quake, meaning “the next earthquake could be sooner than later,” says one expert.

While building standards in California much like in Japan, are among the strongest in the world, some geologist believe the buildings themselves are not the problem, and cites what lies underneath the following Tsunami and the location of a potential earthquake as subjects to worry about.

“The building codes in California and Japan give these locations quite good houses and apartment buildings these days, so it’s more a matter of foundation problems and the after effects of an Earthquake, that being a Tsunami as we saw the effects in Japan after the Earthquake.  The building did quite well in Japan this week after the 8.9 earthquake, it was the following Tsunami that caused the majority of the devastation.  Lots of the coastal area are sediment built up by hundreds of years of sand, the underlying foundation may make it through the actual Earthquake, but can they also hold steady during the following Tsunami?

The sandy ground makes those areas prone to a destructive process called liquefaction, many area from San Diego to San Francisco have liquefaction zones, and are at high risk for problems during such an event such as a Tsunami.

The dreaded San Andres isn’t even the scariest fault on the West Coast. That prize goes to a fault named the Cascadia subduction zone, which is capable of ‘megathrust’ earthquakes in excess of 9.0 on the Richter scale. This isn’t to say that major earthquakes won’t hit California originating from the San Andres fault, California San Andres is long overdue for an Earthquake and stretches from San Fransisco to Southern California.

Geologists say it’s possible that the more recent earthquakes in Mexicali 2010 could signal the start of a new earthquake-heavy cycle in California, but like death and taxes, there’s little anyone can do about.

This footage from NHK World shows the impact of tsunami waves in Japan after an 8.9-magnitude earthquake struck off the country’s coast. Notice the building remained standing after the Earthquake, but were completely leveled by the following Tsunami.
[youtube 4coi8rgULZ4 nolink]

In Case You Missed It:  Mass vaccination site in Colorado shut down after people experience adverse reactions from Johnson Johnson vaccine
Posted in Freedoms and tagged California, Chile, Japan.

The March 11 “Day of Rage” demonstrations called for by political opponents of the Saudi monarchy did not materialize as...