Shirakawa, Japan (CNN) — Japanese authorities are operating on the presumption that possible meltdowns are under way at two nuclear reactors, a government official said. 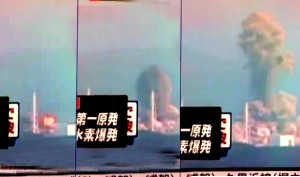 Chief Cabinet Secretary Yukio Edano told reporters there is a “possibility” of a meltdown at the plant’s No. 1 reactor, adding, “It is inside the reactor. We can’t see.” He then added that authorities are also “assuming the possibility of a meltdown” at the facility’s No. 3 reactor.

A meltdown is a catastrophic failure of the reactor core, with a potential for widespread radiation release.

In Case You Missed It:  CNN just declared that unvaccinated people should be starved to death
Posted in Freedoms and tagged Japan, Nuclear Proliferation.

The impact of the Japanese earthquake on its nuclear reactors continues to capture the world’s attention. Reports of radioactive releases,...