Japan races to avert multiple nuclear meltdowns this Sunday. An explosion caused by hydrogen buildup Saturday blew the roof off a concrete building housing the Daiichi plant’s No. 1 reactor. At a second plant, in Onogawa, excessive radiation levels also were recording radiation up 400 times. 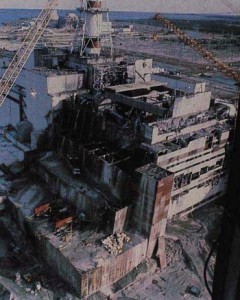 The Japanese government is assuming, but has not confirmed, that there has been a partial meltdown because of the powerful earthquake and tsunami that struck on Friday. Radioactive cesium detected by monitors was caused by the melting of a fuel rod at the plant, indicating at least a partial meltdown.

The use of seawater shows that authorities are giving up future use of the Daiichi plant and are focusing solely on protecting people and the environment, experts say.

“If they are (using seawater), it’s because they have no other choice,” said James Walsh, a research associate at the security studies program at MIT. “The last thing you want to do is pump seawater and boron into a reactor.” The salt and boron will corrode the reactor, he said.

“Essentially, they are raising the white flag and saying, ‘This plant is done,’ ” Walsh said. “This is a last-ditch mechanism to try to prevent overheating and to prevent a partial or full meltdown.”

The use of the seawater reflects the seriousness of the damage, said James Acton of the nuclear policy program at The Carnegie Endowment. “You’re only going to do that if you’re seriously worried about the possibility of significant core meltdown,” he said.

If the effort to cool the nuclear fuel inside the reactor fails completely, the resulting release of radiation could cause enormous damage to the plant or release radiation into the atmosphere or water. That could lead to widespread cancer and other health problems, experts say.

“The bottom line is that we just don’t know what’s going to happen in the next couple of days and, frankly, neither do the people who run the system,” said Dr. Ira Helfand, a member of the board of Physicians for Social Responsibility.What we do know, is that Japan’s nuclear facilities are “way out of whack.”

In Case You Missed It:  MASS HYPNOSIS: The disturbing psychology behind the global vaccine SUICIDE CULT
Posted in Freedoms and tagged Energy, Japan, Nuclear Proliferation.

More than 80 percent of all convictions tied to international terrorist groups and homegrown terrorism since 9/11 involve defendants driven...