(CALIFORNIA) – Some Japanese officials have admitted that Tokyo Electric’s Fukushima Dai-Ichi atomic reactor No. 1 may experience a total meltdown. That disaster would be followed by the release of a deadly radioactive death cloud that would drift over the Pacific and poison the people of the U.S. West Coast, Canada and Mexico.

A worried Nuclear and Industrial Safety Agency spokesman Yuji Kakizaki warned:“If the fuel rods are melting and this continues, a reactor meltdown is possible,” Kakizaki said.

A radioactive death cloud from one or more of the Japanese reactors experience core meltdown and catastrophic release of radiation could result in levels spiking far above the EPA maximum safety scale from as far north as Alaska to as far south as Los Angeles, possibly even Mexico.

The prevailing jet stream winds blow from Japan across the Pacific to the west Coast. Airborne radiation will follow the path of the jet stream. The radiation would reach the coast in less than two days.

At this time of the year the jet stream crosses the Japan Islands, roars across the Pacific diagonally and then bends south as it approaches of the vicinity of the northwestern quadrant of the North American continent. The average velocity of the wind is between 110 to 150mph. Mathematically that means that the distance between Japan and the West Coast—about 4,500 miles—can be covered in less than a day to, at best, less than 40 hours.

This deadly, life-threatening substance can move throughout an environment with little or no difficulty. Disposing of it is next to impossible, and contamination by the element leads to lingering death.

The federal agency warns that simply Walking on soil contaminated by cesium-137 exposes people to deadly gamma rays. If the substance pollutes the air, water and soil, people may unknowingly ingest it by eating contaminated food, drinking irradiated water, or simply by breathing radioactive dust particulates in the air.

It kills by increasing mutation in the cells and affecting DNA. Normal replication processes at the cellular level are disrupted and lead to cancerous tumors, lesions and cells. Higher, chronic exposure has been found to create radiation burns and rapid death.

The EPA has set maximum annual exposure limits for cesium-137 at 100 millirem.

A second Tsunami Spotted By Helicopters in Japan could hamper efforts to cool down the already crippled plants. With three nuclear reactors already at critical levels, a second explosion has been reported at The Fukushima nuclear power plant. Fears of greater radioactive contamination are already being reported and worries are increasing that contamination will soon spread radiation into the atmosphere.

U.S. officials have been meeting virtually non-stop at the White House since the Japanese earthquake and the tsunami that damaged the Fukushima nuclear power plant, trying to find ways of helping Japan avert a nuclear core meltdown in ways the Japanese can accept.

So far, it hasn’t been easy, a senior U.S. official said.

“We tried to airlift generators to Fukushima right at the beginning, but the Japanese refused our help,” the official said. “They are very proud. 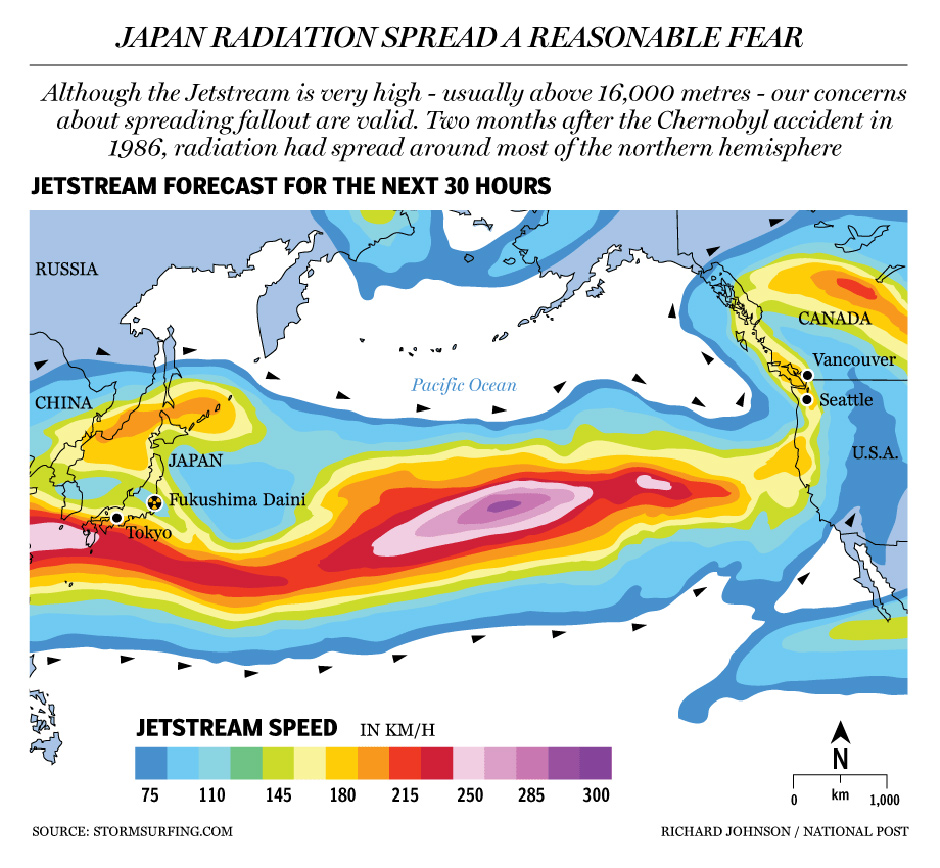 Japan races to avert multiple nuclear meltdowns this Sunday. An explosion caused by hydrogen buildup Saturday blew the roof off...