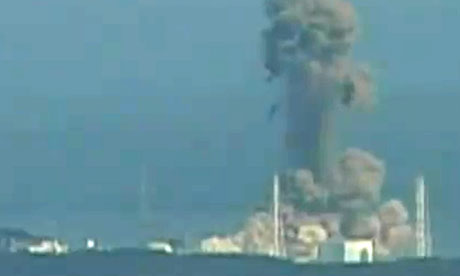 The impact of the Japanese earthquake on its nuclear reactors continues to capture the world’s attention. Reports of radioactive releases, elevated radiation levels, and malfunctioning power systems all strike fear into the public as memories of Three Mile Island and Chernobyl quickly enter the national and global conscious. It is important, however, to understand what these terms mean and how different actions taken by Japanese nuclear officials actually impact human health and safety.

One area where this is particularly important is regarding the potential release of radioactive steam. According to the most recent news, Japanese officials are planning a managed release of radioactive steam from reactor number one at the Fukushima Daiichi nuclear power plant. The purpose of this action is to release rising pressure from the reactor’s core. Though such releases are not unusual, under these circumstances, one can assume that it is the result of inadequate coolant delivery to the core. Even though the nuclear reaction in the reactor has stopped, it will continue to generate heat for some time. Therefore it is essential to remove that heat from the reactor, which is normally done with water. If that becomes either inefficient or impossible, the heat can cause a buildup of steam and pressure that must be released to protect the integrity of the core. Such a managed steam release is an important tool in managing abnormal situations at nuclear power plants.

While allowing radioactive material into the environment is never a good talking point, the reality is that it is done safely and in small doses on a regular basis. For example, small amounts of radioactive steam are often released during normal plant maintenance. This is all done within the strict guidelines provided by the Nuclear Regulatory Commission specifically to protect public health and safety. The environment surrounding nuclear power plants is constantly monitored, and no problem has ever arisen as a result of radiation exposure. But we need not rely only on the experience of scheduled releases to understand the impact of emergency radioactive steam releases. We had just such an experience with Three Mile Island. A managed steam release was an important part of resolving that situation, and the U.S. government has determined that no humans were impacted as a result. While nothing indicates that Fukushima Daiichi is another TMI and past is not prologue, that experience does add important context to the actions being taken by Japanese authorities.

Another area where misunderstandings could arise is with reports of radiation leaks and rising radiation levels. A number of reports have indicated that radiation levels have spiked up to 1,000 times in the affected plant. A closer look, however, shows that these spikes have occurred in the reactor control room. To be clear, such radiation level spikes are not good, but they should be kept in context. First, there is no indication of what the baseline is. Levels have spiked a thousand times from what? This is important. Humans are perfectly capable of withstanding substantial amounts of radiation. We are subject to it constantly. We need it to live. But too much is without question harmful. And just as important as how much is duration. Was it a quick spike or a sustained spike? So 1,000 times whatever amount is not good, but how bad it is is unclear. Further, the control room having a spike does not mean that environmentally significant amounts were released outside the plant. It could have been significant; it likely was not.

A couple of things are clear, however. A major earthquake hit Japan yesterday, and at least one and maybe more nuclear power reactors are under severe stress as a result. But it is also the case that no nation is better prepared than Japan to respond to such an emergency.

(CALIFORNIA) - Some Japanese officials have admitted that Tokyo Electric's Fukushima Dai-Ichi atomic reactor No. 1 may experience a total...