The Japanese government formally asked the United States’ Nuclear Regulatory Commission for help in stabilizing its troubled nuclear reactors in the wake of the country’s massive earthquake and tsunami. 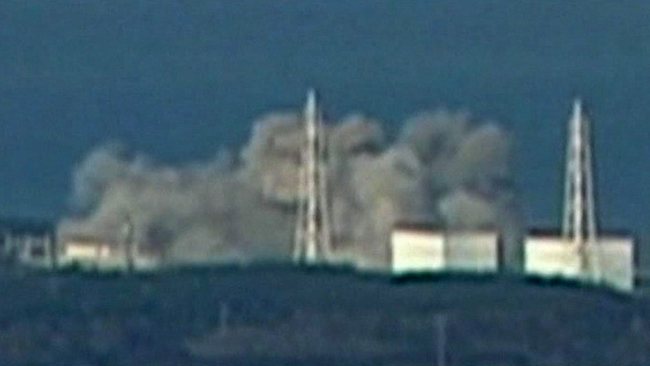 The NRC sent two boiling water reactor experts to Japan as part of a team of aid workers to help in the recovery efforts.

A series of nuclear reactors continue to deteriorate at the Fukushima Daiichi plant, raising worries of a nuclear meltdown.

After two hydrogen explosions in three days at the Fukushima Daiichi plant, a third reactor has lost its ability to cool. Officials are increasingly concerned about unit 2 at the plant.

The fuel rods on unit 2 have been fully exposed for the second time today, a dangerous development in the effort to stop the reactor from melting down. Japanese officials said that a closed steam vent has caused a dip in the water levels, allowing the rods to be exposed, the Associated Press reported.

The exposure of the fuel rods means that the temperature in the reactor is likely to rise, which will allow it to make steam. The steam could lead to the creation of hydrogen and cause another explosion, experts said.

Knowing how long the fuel rods have been exposed is key to understanding if there is a real chance of a meltdown, said Dr. Peter Hosemann, a nuclear energy expert and professor at the University of California at Berkeley.

“Having too much of the fuel rods exposed for too long of a time can lead to the core melt. Again, if a core melt happens, the reactor pressure vessel and the containment are designed to contain it,” Hosemann said.

Japanese officials acknowledged that the fuel rods appear to be melting inside all three of the reactors at the Fukashima plant.

Experts said that the melting of the fuel rods should not be seen as an indication of imminent danger.

Officials first became concerned about unit 2 at the plant after pressure began rising in the reactor. Officials from the Tokyo Electric Power Co. told NHK News that the explosion at unit 3 might have damaged unit 2’s cooling system.

Workers began pumping sea water into the reactor following this morning’s explosion. The system pumping the sea water experienced a fuel loss, causing a dip in the water levels around the rods, NHK News reported. This led to the first exposure of the rods.

“They’ve had trouble with getting the pumps working, with site power in general… They’ve shipped in extra diesel generators and they may have to do some extra retrofit plumbing,” Morse said.

Workers had returned to pumping sea water when the fuel rods were exposed for a second time.

While unit 1, the first reactor to explode at the plant, appears to be stable, unit 3, which exploded early Monday morning in Japan, reportedly has a leak in its bottom.

“We’ve never encountered this type of situation in history before,” said Joe Cirincione, a nuclear policy expert. “We are beyond a reactor crisis at this point. This is a nuclear system crisis. The entire northern part of the Japanese nuclear power system has been delivered a body blow.”

The leak at unit 3 is making it difficult to keep the core of the reactor covered with sea water, Dr. Michio Kaku, a physicist, said.

“The situation is getting worse by the hour. We haven’t hit bottom yet… We now have reports that unit 3 suffered perhaps a 90 percent uncovering of the core — this is unprecedented since Chernobyl,” Kaku said.

Japanese officials insist that things are under control at the nuclear plant and that radiation levels are safe.

“They haven’t stabilized the sea water yet. Remember, they’re hanging in there right there with the fingernails. This is how close we are to a full-scale meltdown. So it’s stable in the sense that you’re stable when you’re hanging by your fingernails,” Kaku said.

A trip to Japan’s emergency command center revealed officials re-watching the explosion at the Fukushima plant. A gray plume of smoke could be seen rising from unit 3 on the command center’s television.

The explosion of unit 3 injured 11 workers on Monday and could be felt as far as 25 miles away.

The Japanese government continues to test the nearly 180,000 people evacuated from around the Fukushima plant for exposure to radiation.

In the town of Koriyama, lines of families waited to be tested today.

One little girl clung to her Winnie the Pooh toy before being checked by the medical team.

The mother of the girl told ABC News that her family is OK but that surviving Japan’s worst earthquake and massive tsunami has been like living through hell.

At least 160 people tested positive for exposure to radiation.

There is growing concern about if radiation released in Japan could reach the United States. So far, winds blowing around the Fukushima plant are westerly or southwesterly winds, meaning any radiation that’s released is being blown out to the Pacific Ocean.

The chairman of the U.S. Nuclear Regulatory Commission said that officials see “a very low likelihood” and “a low probability” that there’s any possibility of harmful radiation levels in the US, Hawaii or any other US territories.

“The lack of any harmful impacts to the U.S. is simply based on the nature of these reactors and the large distances, obviously, between those and any U.S. territories. So you just aren’t going to have any radiological material that, by the time it traveled those large distances, could present any risk to the American public,” Chairman Greg Jaczko said.

If a nuclear meltdown were to occur releasing significant amounts of radiation, it would take at least five to seven days to reach the west coast of the United States, according to a blog written by Jeff Masters, the director of meteorology for WeatherUnderground.com.

By the time the radiation would reach Hawaii or the western coast of the United States, much of the radiation capable of causing harm to people would have left the atmosphere or turned into precipitation and have been “rained out,” Masters wrote in his blog.

Following the 1986 Chernobyl disaster, a cloud of radiation traveled over Europe. The radiation diffused as it traveled by wind and did not cause harm. Those closest to the Chernobyl plant were the ones who suffered the effects of the radiation.

In Case You Missed It:  Thirteenth Anniversary of The Conservative Papers
Posted in Freedoms and tagged Freedom, Japan, Nuclear Proliferation, United Socialist States of America.

A Prayer of a Chance for Those Most in Need

World magazine recently highlighted the impressive impact of the community outreach of one urban congregation in Manhattan. This inspiring story...