A text message has been circulating around, warning Filipinos to stay indoors since radiation coming from a leak in a devastated Fukushima nuclear plant may hit local winds starting 4 p.m. today. 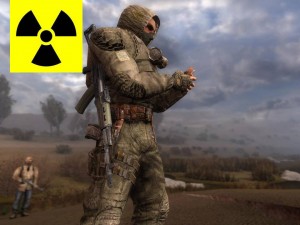 In an interview with ANC’s Dateline Philippines, however, Philippine Institute of Volcanology and Seismology (Phivolcs) Director Renato Solidum debunked claims of fear-mongering message senders, assuring Filipinos that there is zero probability that radiation, if there is indeed a leak, would come our way.

Commenter “J” says: “I got that message as well… Obviously it is just a message trying to inspire mass hysteria. BBC did not actually write this…”

Some government offices in Vintar, Ilocos Norte provinces and classes at a school in Cagayan de Oro (CDO) closed early on Monday following a rumor spread through text messages that radiation from a nuclear power plant in Japan has reached the Philippines…

Town hall employees in Vintar went home 3 p.m. and shut down their offices after receiving the text message, which the Department of Science and Technology (DOST) has described as a hoax. Vintar Mayor Mayor Jose Foronda allegedly ordered employees to go home to ensure their safety.He also allegedly ordered the health office to distribute iodine among town residents.

In Cagayan de Oro, meanwhile, some schools canceled classes because of the same radiation threat rumors.
So it appears that the text hoax hit Philippines first, and then China. (See below.) Only in China, they figured out that it was a hoax much sooner, within just 10 minutes of receiving the text, because of news reports out of the Philippines, according to a resident.

We happened to be in contact with a Chinese resident at the time they received the text, and we posted the news immediately. A little over five minutes later, we read a report that a similar text had gone out in the Philipines, and that it turned out to be a hoax.

Earlier: A Chinese resident just tipped us this alert he just got minutes ago.

BBC Newsblast to people in China:

That’s all we know right now. We’ll update this if we hear more.

The EPA is Fueling Nonsense

The Environmental Protection Agency (EPA) is suffering policy schizophrenia. On the one hand, it has ordered automakers to increase fuel...