(CNN) — The explosion Tuesday at Japan’s Fukushima Daiichi nuclear plant has elevated the situation there to a “serious accident” on a level just below Chernobyl, a French nuclear official said, referring to an international scale that rates the severity of such incidents. 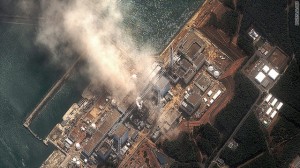 The International Nuclear and Radiological Event Scale — or INES — goes from Level 1, which indicates very little danger to the general population, to Level 7, a “major accident” in which there’s been a large release of radioactive material and there will be widespread health and environmental effects.

“It’s clear we are at Level 6, that’s to say we’re at a level in between what happened at Three Mile Island and Chernobyl,” Andre-Claude Lacoste, president of France’s nuclear safety authority, told reporters Tuesday.

Japanese nuclear authorities initially rated the incident at Level 4, according to Greg Webb of the International Atomic Energy Agency. Level 4 is characterized as a minor release of radioactive material that necessitates only measures to control food due to contamination. But in the latest information about the explosion, Japanese authorities did not give it a rating, Webb said, and the IAEA is not putting a number on it either.

Whatever the level, many experts warn that it’s too early, and there’s too little information, to determine what it means for the people who live in the region near the Daiichi plant.

“We don’t know enough to assess the long-term or short-term effects of this,” said Dr. Kirby Kemper, a noted nuclear physicist, physics professor and vice president of research at Florida State University.

Based on information from Japanese authorities, Kemper said it appears the radioactive material that has been released has mostly dissipated into the atmosphere. However, he said, authorities would have to test the soil for contamination in the 20-kilometer radius that was evacuated around the plant before anyone could return home.

Trying to place the situation on the INES scale is premature, said David Brenner, director of the Center for Radiological Research at Columbia University. “I’ve been asked to put a number on it a few times and I’ve resisted,” he said.

With the effort to get the reactors under control still under way and uncertainty over where winds will blow radioactive waste, there’s no way of telling how much waste will be released or what impact it will have on human health, he said.

As things stood Tuesday, Brenner said he did not believe the releases that had been reported so far posed a significant public health threat. He said the situation will clarify within 48 hours, for better or for worse, at which point, he said, it would make sense to assess the incident’s overall severity.

At least 30 people died following the 1986 explosion and fire at Chernobyl, and large swaths of Ukraine, Belarus and Russia were contaminated from the nuclear fallout. The core meltdown at the Three Mile Island nuclear power plant near Middletown, Pennsylvania, in 1979 caused no injuries or deaths, and only very low levels of radiation were found later in plants and animals, experts said.

The latest incidents in Japan — an explosion Tuesday at the plant’s No. 2 reactor and a fire in a cooling pond used for nuclear fuel at the No. 4 reactor — briefly pushed radiation levels at the plant to about 167 times the average annual dose of radiation, according to details released by the IAEA.

That dose would quickly dissipate with distance from the plant, and radiation levels quickly fell back to levels that posed no immediate public health threat, said Japan’s chief Cabinet secretary, Yukio Edano.
But the deteriorating situation at the plant and concerns about a potential shift in winds that could loft radiation toward populated areas nevertheless prompted authorities to warn people as far as 30 kilometers (18.6 miles) away from the plant to stay inside.

According to the information about the radioactive matter released Tuesday from Japanese authorities, Kemper said, “as long as you’re sealing your house well enough you’re not going to ingest it.”

Another problem with trying to predict contamination is that the levels don’t necessarily go down the farther you get from the source, according to David Lochbaum, director of the Nuclear Safety Project for the Union of Concerned Scientists. “The contamination levels aren’t linear, so the farther away you get doesn’t necessarily mean you get a lower dose rate. Chernobyl, in some cases, had areas 100 miles away from the facility having significantly higher radiation levels than areas only 10 or 15 miles away,” he explained Tuesday in a teleconference with reporters.

“The winds would carry the radioactivity and then the rainfall would bring it down to the ground to contaminate where people were, he said. “So there are a number of factors that determine where it goes and who’s in harm’s way.”
About 200,000 people within a 20-kilometer (12.4 mile) radius of the Daiichi plant had been previously evacuated.
But Japanese authorities couldn’t rule out the specter of greater radiation dangers down the road.

For the first time since the quake crippled cooling systems at the Daiichi reactors on Friday and blasts occurred at two reactors Saturday and Monday, Edano said radiation levels at the plant had increased to “levels that can impact human health.”

He said Tuesday he could not rule out the possibility of a meltdown at the troubled reactors.
While seawater was being pumped into the reactors in an effort to prevent further damage, “it cannot necessarily be called a stable situation,” he said.

The plant’s owners have taken precautions to protect the people in Fukushima Prefecture, where the reactors sit. The plants are 138 miles (about 225 kilometers) from Tokyo.

They evacuated all but about 50 workers from the facility and urged people within 30 kilometers of the plant to remain indoors. The government imposed a no-fly zone over the 30-kilometer radius “because of detected radiation after explosions” there, the country’s transportation ministry said.

A North Carolina-based company, Nukepills.com, has donated about 50,000 potassium iodide tablets to a hospital in Tokyo. Potassium iodide “is recommended by health officials worldwide to prevent thyroid cancer of those exposed to radioactive iodine in the event of a nuclear reactor accident or detonation of a nuclear bomb,” said a statement from the company, which describes itself as a internet-based provider of radiation emergency preparedness products.

“We are very pleased that these tablets will be given to people directly affected by the nuclear crisis,” said Troy Jones, president of Nukepills.com.

In Case You Missed It:  Doctor who mocked coronavirus vaccine refusers dies days after getting jabbed
Posted in Freedoms and tagged Energy, Japan, Nuclear Proliferation.

Dennis Kucinich easily one of the top 10 Islamapologists in the Obama Administration outlining the stamp of approval for Islam,...