In his remarks last Friday announcing the new military campaign against Libyan ruler Moammar Khadafy, President Obama stressed that the United States would not be acting unilaterally. “In response to a call for action by the Libyan people and the Arab League,’’ he said, “the UN Security Council passed a strong resolution. . . with an explicit commitment to pursue all necessary measures to stop the killing’’ of civilians. 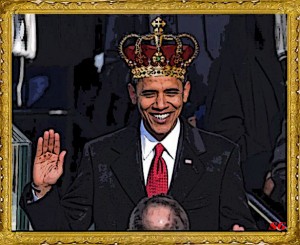 The Security Council’s vote confers undeniable legitimacy to “Operation Odyssey Dawn.’’ So does the Arab League request that preceded it.

But while Obama was appropriately mindful of obtaining international approval, he should have followed legal procedures at home and obtained the approval of the US Congress. While few doubt that, in a national emergency, the president can order troops into action, any sustained engagement must be approved by Congress. This isn’t a technicality: It’s embedded in the US Constitution.

In the American system, both political branches have a role to play in war-making. Congress is expected to check and balance the chief executive’s military authority, both by passing judgment on the exercise of that authority and through its power of the purse. That is why the 112th Congress should even now go ahead with debating, and taking a stand on, US action in Libya.

Like many Americans, Obama was scathing in his criticism of George W. Bush’s stewardship of the war in Iraq. But not even Bush’s most strident foes could claim that he acted without congressional approval: Legislation endorsing military operations against Saddam Hussein was approved by the House and Senate in October 2002, months before the invasion actually began. In 1991, the first President Bush likewise sought a congressional resolution before using military force to expel Iraq from Kuwait.

These moves served the necessary political purpose of ensuring broad support for the troops, and at least postponing a lot of second-guessing of the president’s decisions. Senators and representatives cannot be mere bystanders when the United States involves itself in military operations abroad.

Of course, the commander-in-chief can act without congressional permission to address an actual or imminent threat to the nation. But “history has shown us time and again,’’ insisted Senator Barack Obama in response to a Globe survey back when he campaigned for the White House in 2007, “that military action is most successful when it is authorized and supported by the Legislative branch. It is always preferable to have the informed consent of Congress prior to any military action.’’

As US military involvement against Khadafy intensifies, it is good to have the sanction of the international community. The sanction of Congress, however, is indispensable.

Uruguay has joined the parade of Latin American nations choosing to officially recognize the Palestinian Authority as an independent nation....