As the U.S. fired more than 100 Tomahawk cruise missiles into Libya on Saturday, the objective seems clear. Barack Obama declared that “we cannot stand idly by when a tyrant tells his people that there will be no mercy.” He explained: “Today we are part of a broad coalition. We are answering the calls of a threatened people. And we are acting in the interests of the United States and the world.” But he didn’t explain how acting forcibly to remove Muammar Gaddafi would indeed be in America’s interests. And that is a case that is not as easily made as it might appear to be. 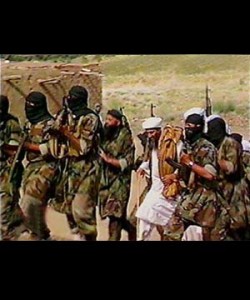 How could removing Gaddafi, who is undeniably a tyrant and fanatically anti-American, not be in America’s interests? The simple answer is that it is unlikely that he will be succeeded by Thomas Jefferson or John Adams. The fact that Gaddafi is a reprehensible human being and no friend of the U.S. does not automatically turn his opponents into Thomas Paine.

Obama has strongly affirmed his support for “the universal rights of the Libyan people,” including “the rights of peaceful assembly, free speech, and the ability of the Libyan people to determine their own destiny,” but he has never specified exactly who in Libya is working to uphold and defend those rights. He has praised “the peaceful transition to democracy” that he says is taking place across the Middle East, and yet the countries where uprisings have taken place have no democratic traditions or significant forces calling for the establishment of a secular, Western-style republics.

In fact, there is considerable evidence to the contrary. Eastern Libya, where the anti-Gaddafi forces are based, is a hotbed of anti-Americanism and jihadist sentiment. A report by West Point’s Combating Terrorism Center reveals that during the last few years, more jihadists per capita entered Iraq from Libya than from any other Muslim country—and most of them came from the region that is now spearheading the revolt against Gaddafi.

That may explain why Libyan protesters have defaced Gaddafi’s picture with the Star of David, the hated symbol of the Jews, whom the Koran designates as the “strongest in enmity” toward the Muslims. There has been a notable absence among the protesters of anything equivalent to “Don’t Tread On Me” flags or other signs that what the uprising is really all about is establishing the ballot box and the hearty give-and-take of open-society politics. The Libyan protesters have chanted not “Give me liberty or give me death!” or even “Democracy, whiskey, sexy,” but “No God but Allah!”

Meanwhile, Abu Yahya al-Libi, a Libyan who heads up al-Qaeda in Afghanistan, has warmly praised the uprising in his homeland, calling on Libyans to murder the tyrant and crowing: “Now it is the turn of Gaddafi after he made the people of Libya suffer for more than 40 years.” He said that removing Gaddafi as well as other Middle Eastern autocrats is “a step to reach the goal of every Muslim, which is to make the word of Allah the highest”—that is, to establish a state ruled by Islamic law.

Such a state would be inveterately hostile to the United States. “We have to get rid of our inferiority complex and free ourselves from the West,” declared al-Libi. Of course, the statements of a Libyan al-Qaeda commander 3,000 miles away from Libya don’t necessarily have any traction back home, but it is noteworthy that every Islamic hard-liner, from al-Qaeda leaders to the mullahs in Iran, has warmly praised the uprisings in Libya and elsewhere. Hiezbollah’s Sayyed Hassan Nasrallah recently told the people of Libya, Bahrain, and Yemen that Allah would grant them victory “if you persist in your jihad.”

“These revolutions,” Nasrallah enthused, “are the will of the people.” He seems confident that if the will of the people in Libya and elsewhere does indeed find expression, that what will result will not be pluralistic democracies that guarantee the rights of their people and are friendly toward the West, but Islamic states bristling with hatred for the Great Satan.

And America’s Tomahawk cruise missiles will have helped bring about such a state in Libya.

The United States is on a fiscal path towards insolvency and policymakers are at a "tipping point," a Federal Reserve...