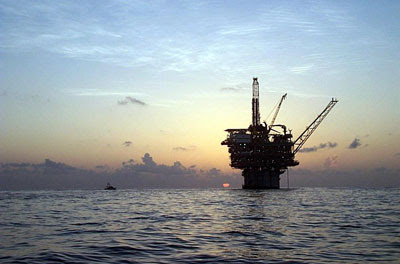 President Obama’s hometown of Chicago is nearly 1,000 miles from the Gulf of Mexico. But like many other communities across the country, it is suffering the consequences of his Administration’s anti-drilling agenda.

Illinois accounted for $376.2 million in shallow-water drilling expenditures over the past three years, according to an analysis by 14 oil and gas companies that spend money on vendors and subcontractors. The bulk of that money—$242.2 million—was spent in the Chicago district represented by Representative Danny Davis (D–IL).

It’s fresh evidence that Obama’s anti-drilling agenda is having a ripple effect across America since last year’s oil spill, claiming jobs not just in Louisiana and Texas but also in communities far removed from the shipyards in the Gulf of Mexico.

The study from the Shallow Water Energy Security Coalition paints a picture of the nationwide economic ramifications. Obama can’t even be blamed for playing politics. Five of the states that benefit most from shallow-water drilling backed him as a candidate in 2008. And Democrats represent many of the congressional districts that stand to lose millions.

The cost in jobs is startling. A new analysis by Louisiana State University professor Joseph Mason projects national job losses at 19,000 from the drilling moratorium, with wage losses at $1.1 billion. About one-third of those jobs are located outside the Gulf region.

Nearly a year after imposing his anti-drilling agenda, it’s quite clear that Obama is carrying out misguided policies causing widespread harm.

And job losses aren’t the only consequence. The Obama Administration’s deliberate delay in issuing permits for both deepwater and shallow-water drilling has led to a sharp decline in oil production for the Gulf of Mexico this year. The U.S. Energy Information Administration puts the figure at 240,000 fewer barrels every day.

With gas prices hovering around $3.56 per gallon nationwide, now is not the time to lower production. The only way to reduce America’s dependence on foreign oil is to produce more of it here at home.

The recent approval of new drilling permits for the Gulf of Mexico is a welcome and long overdue move by the Administration, but it’s nothing to celebrate. The pace of permitting is far below the historical average, and there’s no indication that the Bureau of Ocean Energy Management, Regulation and Enforcement (BOEMRE) has any desire to return production to a pre-spill level.

Until that happens, expect more grim news like the unfortunate circumstances facing Seahawk Drilling, which was forced to declare Chapter 11 bankruptcy, a direct result of the bureaucratic delays at BOEMRE. Seahawk’s president and chief executive Randy Stilley, writing in The Washington Post, painted a dire picture:

The government’s drastic slowdown in the issuance of permits for shallow-water drilling operations—in which companies work in familiar geological formations, typically in less than 500 feet of water, mostly seeking to produce natural gas—has all but crippled the industry. The survivors (for now) like Hercules are staying afloat largely thanks to revenue from operations outside U.S. waters. Put another way, a once-proud industry born in the gulf during the Truman administration can no longer survive on operations in its own back yard.

It’s time for lawmakers to take notice. Representative John Sullivan (R–OK), who represents a district with $87.2 million in shallow-water expenditures over the past three years, recognizes the impact. He told us: “Continuing to keep American sources of energy under lock and key by failing to issue drilling permits only serves to place American jobs at risk, drives up costs at the pump and deepens our dependence on foreign oil.”

Things don’t have to be this way. The House of Representatives must continue to conduct rigorous oversight of the Obama Administration, challenging the Administration’s excuses and applying pressure when necessary. America’s energy future depends on it.

Dr. Martha Boone doesn’t hide her displeasure with Obamacare. She was opposed to the law long before President Obama signed...