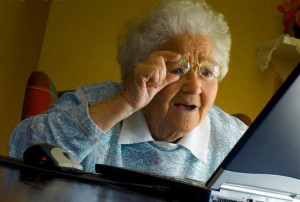 “The government absolutely shares culpability in this,” Wiedemer says. “Government policies are responsible for a great many of our financial problems — the state of Americans’ retirements included.”

Wiedemer says such attitudes are a natural extension of the bad example Washington sets with its spending habits. “The idea with retirement is that you are supposed to save part of what you make,” he says. “So, what is the government doing? They are saying, ‘We don’t care how much we make, we’re going to spend a ton more than that and we’re not going to save anything.’ That sets up the mentality that you don’t have to worry about this anymore.”

A new survey indicates that fear is heightened among a growing swath of U.S. workers who have little savings and no long-term financial game plan. Rather than adjusting the way they save for their golden years, most are simply lowering their expectations with plans to continue working well beyond normal retirement age, according to the Employee Benefit Research Institute’s annual Retirement Confidence Survey.

The report, released last week, shows 27 percent of American workers are not confident they’ll have enough money to retire and live well. That’s up 5 percent from last year, and marks the highest level of unease ever measured in the 21 years of the survey by EBRI, a Washington-based nonprofit research firm focused on health, savings, and retirement issues.

Only 13 percent of the 1,258 adults surveyed in January say they are very confident about their retirement outlook, tied for the all-time low set in 2009.

“People are starting to wake up and changing their expectation of retirement,” says EBRI research director Jack VanDerhei. “Unfortunately, the survey doesn’t find any evidence that people are changing their behavior — at least not yet.”

According to the U.S. Census, the number of people age 65 and older will increase 79 percent by 2030 — an additional 75 million potential new retirees.

A number of those conditions, especially unemployment, have been made worse by Washington, Wiedemer and other experts maintain. “Clearly, the government has not focused enough on job creation,” Wiedemer says. “Where we did create jobs it’s more from government handouts, not good, private-sector jobs.

“That’s an indictment of the federal stimulus,” he adds. “It’s doesn’t work in short term because when the money is gone, you end up throwing a lot of people out of work. And in the long term, you’re set up for a bigger economic fall by having borrowed all this money.”

Stanley Tate, a finance and housing expert and former heard of the Resolution Trust Corp. agrees that current policy is keeping the banks from lending money, stunting economic growth, and keeping unemployment high, all of which guts savings and retirement plans.

“[The Obama administration] is doing everything wrong. He has no competency among people who are running real estate or banking,” Tate says. “A guy like [Federal Reserve Chairman Ben] Bernanke is a book economist. He’s doing terrible job. His theory is that money should be cheap and you stimulate the economy. I think money should be more expensive, so banks will lend it.”

Not surprisingly, the EBRI survey shows that the smaller the nest egg, the less confidence about the future. Those with less than $100,000 in savings make up the majority of the gloomy responses. The number of workers with savings between $25,000 and $99,999 who expressed retirement doubts jumped from 7 percent in 2007 to 22 percent this year. For workers with less than $25,000 squirreled away, the no-confidence vote went from 19 percent to 43 percent in the same period.

Compounding the problem, more than a third of Americans, 34 percent, say they’ve had to tap an IRA, 401(k), savings, or investment account in the past year to pay for basic expenses.

Perhaps most disturbing, the EBRI research shows a significant number of U.S. workers have little or no retirement savings or investments at all. More than half of workers, 56 percent, say their savings total less than $25,000. Nearly 30 percent admit they have less than $1,000 put away for the future.

Fewer than half, 42 percent, have even bothered to try to calculate how much money they’ll need to live comfortably in retirement. About a third of those who did try to determine their retirement savings needs say they did so by guessing.

“Sixty-two percent of workers said they can save more than they’re saving now,” says survey co-author Mathew Greenwald. “Most said they could dine out less, cut back on entertainment and, in some cases, wouldn’t really need to cut back at all to increase their savings. And while the sacrifices wouldn’t be that great, many still haven’t formed the habit of doing it.”

Among those who have tried to prepare for the future, 39 percent say they believe they’ll need to accumulate at least $500,000 by the time they retire to live comfortably, the survey found. However, 31 percent say just $250,000 or less will suffice for a comfortable retirement.
“We know from previous surveys that far too many people had false confidence in the past,” says VanDerhei. “People’s expectations need to come closer to reality so they will save more and delay retirement until it is financially feasible.”

For those who do have solid retirement savings plans, the EBRI survey comes amid a bit of good news for workers. An Associated Press analysis of 401(k) investment data shows that 90 percent of the popular retirement accounts have recouped their recessionary losses and are at least back to where they were in October 2007, the peak of the stock market. A closer look at those figures, however, indicates it’s mainly younger workers with small retirement accounts who have seen the most benefit from the comeback.

Workers with one to four years on the job made up losses on their modest 401(k) account s by continuing payroll deductions through the downturn. Still, the average account balance in this group ranges from just $18,000 for the youngest workers to $39,000 for the older members. Meanwhile, workers with 10 to 30 years on the job, who have between $44,000 and $187,000 in their 401(k), still haven’t recovered their losses since 2007 and remain behind the market peak by 5 to 8 percent.

Consequently, the age at which workers expect to retire continues to climb, the EBRI survey reveals. Fully 36 percent of Americans expect to be working after age 65. That’s up from 11 percent in 1991 and 25 percent in 2006. Nearly three quarters of workers, 74 percent, say they expect to have to work after they retire to make ends meet. Currently fewer than 23 percent of retirees report working for pay.

“Even those who have achieved the highest levels of accumulation already, with more than $100,000 in savings, won’t be able to maintain the lifestyle they’re currently enjoying in retirement,” says Greenwald. “The bigger problem is that most haven’t changed their behavior and turned this pessimism into action to catch up.”

One of the most frequently asked questions we receive at the National Inflation Association (NIA) is what warning signs will...