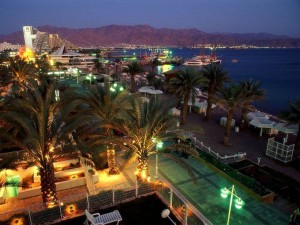 The collapse of Arab regimes reflects the collapse of superficial assumptions, which have underlined Western policy-making and public opinion molding. The upheaval in Arab societies highlights the dramatic gap between Israel’s democracy and its Arab neighbors.

In fact, recent events in Tunisia, Egypt, Yemen, Bahrain, Oman, Libya, Syria (and you ain’t seen nothing yet…) have enhanced the craving in the Arab Street for the liberties and benefits of Israel’s democracy.

For example, Israeli ID cards have been sought by senior PLO and Hamas officials and their relatives, such as the three sisters of Ismail Haniyeh, the top leader of Hamas. They married Israeli Arabs and migrated from Gaza to Tel Sheva in Israel’s Negev. Two are already widows, but prefer to remain in the Jewish State, and the son of the third sister serves in the Israeli Defense Forces.

Some 150,000 non-Israeli Arabs, mostly from Judea and Samaria, married Israeli Arabs and received Israeli ID cards between 1993 and 2003. In addition, scores of thousands of illegal Arab aliens prefer Israeli – over Palestinian – residence.

A significant wave of net-emigration – 30,000 Arabs from Judea, Samaria and Gaza annually – since 1950 was substantially reduced in 1968, as a result of access gained to Israel’s infrastructures of employment, medicine and education, and of Israeli construction of such infrastructures in these regions. The level of annual Arab emigration subsided during the peak years of Aliyah (Jewish immigration to Israel), since Arabs were heavily employed in constructing the absorption infrastructure.

Israeli Arabs vehemently oppose any settlement – such as an exchange of land between Israel and the Palestinian Authority – which would transform them into Palestinian subjects, denying them Israeli citizenship.

Jerusalem Arabs’ clear choice
A sizeable number of Jerusalem Arabs prefer to remain under Israel’s sovereignty, according to a January 12, 2011 public opinion poll conducted by The Palestinian Center for Public Opinion headed by Nabil Kukali of Beit Sakhur. The poll was commissioned and supervised by the Princeton-based Pechter Middle East Polls and the NY-based Council on Foreign Relations.

Since 1967, Jerusalem Arabs – within Israel’s municipal lines – have been permanent Israeli residents and Israeli ID card holders. Therefore, they freely work and travel throughout Israel and benefit from Israel’s healthcare programs, retirement plans, social security, unemployment, disability and child allowances, and they can vote in Jerusalem’s municipal election.

One can assume that is the pollsters would have added the cultural “fear factor” – of Palestinian terrorist retribution – the number of Jerusalem Arabs preferring Israeli citizenship would have been higher.

(CNN) -- The chairman of a U.N. mission whose report accused Israel of "actions amounting to war crimes" during its...