“But she’s asking for it! She knows I’ll beat her if she says things like that. And still she says it — it’s like she’s begging me to hit her!” 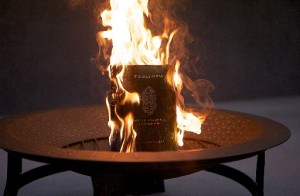 This is the typical psychopathic husband’s explanation for domestic violence, and as an experienced psychologist I can smell this kind of sick logic from miles away. Unfortunately, far too often this is also the explanation given by the media, politicians, and not least violent Muslims when they explain the Islamists’ aggressive reactions to cartoons and Quran-burnings. We are even responsible when Muslims run amok and commit terror after we create art or satire based on their prophet and religion. Either we cease to tease and criticize, or we must accept the consequences.

Jyllands-Posten and Kurt Westergaard have been held responsible for more than a hundred deaths — often trampled by their fellow Muslims — in the wake of the publication of the famous Mohammed cartoons. The same accusations now hit Terry Jones and his minister colleague Wayne Sapp, as eleven UN staff in Afghanistan were killed by Muslims in response to Jones’ and Sapp’s Quran-burning event. Several of the UN staff were beheaded.

But drawings and Quran burnings do not kill. They do not trample people to death and they do not chop their heads off. Only people do such things.

Jyllands-Posten, Westergaard, Jones and Sapp are not mass-murderers — and not in any indirect way, either. No artist or non-violent activist should be ashamed or feel guilty about the violent actions that others take in response to their peaceful actions. Those who believe otherwise can go and talk to the psychopathic wife beater, because they have something in common. Socialist analysis especially often victimizes dysfunctional people, and categorizes their aggressive behavior as natural and automatic reactions — and thereby supports the psychopath’s argument.

In Case You Missed It:  American Medical Association releases stunning document teaching doctors to LIE to patients while deliberately exaggerating covid death claims... the AMA admits to its own complicity in crimes against humanity
Posted in Freedoms, Terrorism and tagged Freedom, Ideology, Islam, Muslims, Terrorism.

Operatives from Hamas, Hezbollah, and al Qaida are in Brazil planning attacks, raising money and recruiting followers, a leading Brazilian...