Republicans on the House Administration Committee want to shore up voter registration rules in the wake of a Colorado study that found as many as 5,000 non-citizens in the state took part in last year’s election. 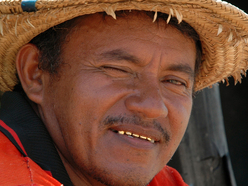 Rep. Gregg Harper (R-Miss.), the panel’s chairman, called the study “a disturbing wake-up call” that should cause every state to review its safeguards to prevent illegal voting.

“We simply cannot have an electoral system that allows thousands of non-citizens to violate the law and vote in our elections. We must do more to protect the integrity of our electoral processes,” Harper added.

Colorado Secretary of State Scott Gessler, a Republican, told the panel that his department’s study identified nearly 12,000 people who were not citizens but were still registered to vote in Colorado.
Of those non-citizen registered voters, nearly 5,000 took part in the 2010 general election in which Democratic Sen. Michael Bennet narrowly defeated Republican Ken Buck.

“We know we have a problem here. We don’t know the size of it,” Gessler said in testimony to Administration’s Elections subcommittee.

He told Harper that Colorado would look to create a registration system that would allow his department to ask that some people provide proof of their citizenship in writing.

If individuals did not respond to the request, their registration as voters would be suspended.

Rep. Charles Gonzalez (D-Texas) raised doubts about the reporting, noting that the study itself said it was based on inconclusive data and that it was “impossible to provide precise numbers” on how many people who were registered to vote in the state were not citizens.

Gonzalez asked Gessler, a former prosecutor, if he would have pursued a court case on such evidence.

Gessler responded that the goal of the study was to expose voter registration issues and pursue administrative avenues to resolve them.

“We don’t have a screen for citizenship on the front end when people register to vote,” he said.

Early American colonists, no strangers to the perils of intrusive government, protested the Molasses Act of 1733, which imposed taxes...