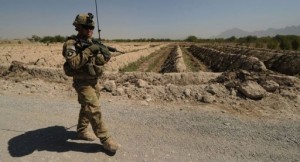 A battle continues to rage in Washington over the 2011 federal budget, and a long-term war on how to cut the $14.3 trillion dollar deficit is about to begin. But as political opponents spar over spending, the United States military is waging a real war in Afghanistan, helping to stabilize Iraq, conducting operations across the globe from Libya to Yemen, Haiti to Somalia, and providing assistance to Japan following its natural disaster. With the prospect of a government shutdown looming, some in Congress have rightly devoted special attention to ensuring our military remains fully funded in the short term. But as the debate begins over the 2012 budget and beyond, both Congress and the White House must field the right military force to protect America today and into the future.

From welfare to Social Security, stimulus spending to Obamacare, big government politicians have charted a course of bigger spending, all on the American taxpayer’s dime. Some of these actions are unquestionably unconstitutional and are putting the squeeze on other national priorities. Chief among those priorities is the federal government’s obligation, set forth in the U.S. Constitution, to keep America safe. You don’t have to look any further than the Preamble to see that the purpose of the government is to “provide for the common defense.” It is a duty that stands apart from all others and that is superior to any other it has. Yet some politicians put our military on the chopping block as they look to cut spending, regardless of the force requirements that must be met in order to protect America. That’s no way to fulfill a constitutional obligation to defend a nation.

Defending the country is not simply about dollars and cents. It’s about having the forces the military needs to confront the challenges the United States faces around the world. A new report by The Heritage Foundation outlines the dangers U.S. military forces must confront in our homeland, Asia, Europe, the Middle East and space, describes what forces are required and how much they will cost – averaging $720 billion per year from FY 2012-2016. To put that in perspective, despite our military’s global obligations, defense spending ranks fourth in overall government spending priorities, falling behind the combined cost of Social Security and Medicare, public education and means-tested welfare. It’s less than one-fifth of federal spending and falling.

Given the state of our military, that’s a dangerous prospect. Two decades of neglect have left us with rapidly aging ships, planes and vehicles; we have the smallest Navy since 1916, and many of today’s tanker and bomber pilots are flying in airplanes first used by their grandfathers in Vietnam. Heritage’s Mackenzie Eaglen writes:

A decade of combat operations and two decades of underinvestment have left the U.S. military too small and inadequately equipped to meet all of the growing demands placed upon men and women in uniform.

Last summer, a bipartisan commission warned of a coming “train wreck” if Congress does not act quickly to rebuild and modernize the U.S. military. To meet tomorrow’s needs, the tools of national security must be strengthened quickly for the U.S. to help to stabilize the international environment and keep U.S. citizens safe and free while ensuring that America’s economy can prosper and grow.

A fully funded, modern military is necessary to manage complex and far-ranging regional threats. Heritage’s study highlights hot spots where U.S. interests are threatened. In Asia, China’s military buildup and advanced technology jeopardize America’s ability to project power in the western Pacific. U.S. operations continue in Afghanistan and Pakistan, but al-Qaeda is attempting to move into Yemen and beyond. With North Korea and Iran continuing to pursue ballistic missile and nuclear programs, they too are significant threats, and Europe faces risks on its eastern borders, all while Turkey drifts toward a more Islamic foreign policy.

Our homeland depends on a strong military, as well. Natural disasters, like the earthquake that struck Japan, would require military resources as would man-made catastrophes, terrorist attacks, cyber security, border security and transnational criminal cartels. With our military’s current obligations abroad, it’s questionable whether it could adequately respond to a catastrophe at home.

Reducing U.S. forces below strategic requirements also presents grave risks to U.S. prosperity and economic growth. The military’s reliability has reassured allies and deterred potential adversaries from aggression. If the U.S. lacks the capacity to protect its vital interests, both the security and economy of the nation will suffer in the long term.

As commander-in-chief, President Barack Obama should know better than anyone that our military is of primary importance to securing America’s interests at home and abroad. But in his 2012 budget request, he fails to adequately fund our military and its mission. With the battle over this year’s budget hopefully coming to a close and the war over long-term spending about to begin, the president and Congress would be wise to remember that the government over which they preside has a fundamental obligation to the people they represent: providing for the common defense. It’s time they make it a priority to get that job done.