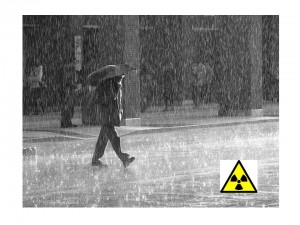 Japanese officials have been working to prevent a nuclear meltdown after cooling systems failed following a magnitude 9.0 earthquake earlier this month that was accompanied by a tsunami. Medical and pharmaceutical industries use iodine-131; it’s also present in nuclear fission products.

The jet stream is carrying the radiation from Japan to North America. Most of the radioactivity disperses in the atmosphere and falls over the Pacific Ocean on its way over, but some of it has now reached the west coast, falling down with rain, and mixing with seawater. It’s also accumulating in seaweed.

The rainwater tested was collected at SFU’s campus on Burnaby Mountain and in downtown Vancouver, while seaweed samples were collected in North Vancouver near the Seabus terminal. Researchers began monitoring rainwater earlier this month but did not see the signature for iodine-131 in samples taken March 16 and March 18. However, they did detect the radioisotope’s signature in samples from March 19, 20 and 25.

Here are the results from the tests (measured in decays of iodine-131 per second per litre of rainwater – Bq/l): 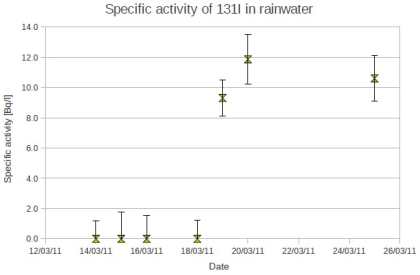 “The only possible source of iodine-131 in the atmosphere is a release from a nuclear fission,” says Starosta. “Iodine-131 has a half life of eight days, thus we conclude the only possible release which could happen is from the Fukushima incident.”

Tensions Ahead Over U.S.–U.K. Extradition Treaty

It’s a common-sense idea that criminals should not be able to escape justice in one country simply by fleeing to...