Protect Yourself and Loved Ones – Not a Drill. 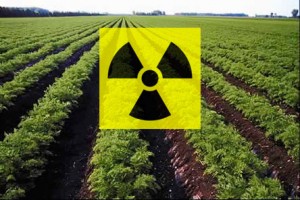 (San Francisco) – What we know:

The daily outflow of deadly radiation from Japan’s Four Chernobyl’d Reactors increased Ten Times on March 31 and is now much worse as of April 17th.The Japanese Government in conjunction with GE and the American CIA cut off information the next day. Information has resumed and is “controlled”.

The March 31st Radioactive Plume is now in the States, the EU and Asia as of April 11th and 12th. The Southern Hemisphere will get all this spread out over the next year.

The Plume contains Radioactive Iodine, Strontium, Plutonium, Cesium and other highly lethal radioactive substances.
Take all the precautions you can:

A. Stay indoors as much as you can, and especially when it rains.
B.Get into the habit of checking your shoes and those of guests at the front door. Store umbrellas away from clothes.
C. Drink spring water from deep underground old sources. Try to make it local.
D. Do not bathe or wash clothes/dishes in radioactively contaminated water. That is a bit of a problem. You can stock up on baby wipes. That should help some. In the Northeast US Poland Springs is good if a bit acid, so counteract with bicarb once a day – a tsp. in a glass of water.
E. Food: This is a puzzle.
Buy New Zealand beef from US Wellness Meats. In about a year’s time that will no longer be a good source, as the radiation will eventually cross the equator. Broad leafy greens are known to absorb radiation from rainwater.
There was an idea that thicker skinned veggies would be the best but as it turns out, foods rich in minerals will pick up all the nasties as easily for they are heavy metals. Beware of coconuts, and avocados, both rich in potassium, and therefore good at picking up metals .

All dairy products are no good. They have Strontium 90, which at the behest of the dairy industry, was made illegal to report the last time this happened. Take it on faith because the probe that will pick it up is attached to a isotope radiation detector that costs $10,000, and up, and there is a waiting list!

However you might want to get one of the 400 dollar detectors and you can use it to measure Gamma rays on your food in the market while you are shopping. Gammas are easier to detect. That way you can buy more intelligently. There are waiting lists for those, too.

It’s a hard rain that’s been a-fallin’ on Bob Dylan from some blustery climes. This is because the 69-year-old folk-rock...