In a timely Heritage in Focus, Heritage expert Curtis Dubay discusses part of President Obama’s budget proposal to raise taxes on the wealthy – those earning over $250,000. 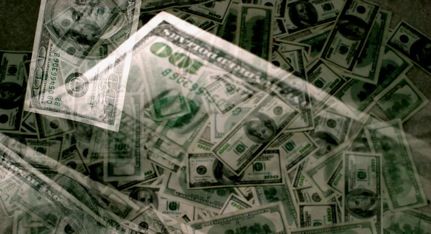 The president’s budget this year is $3.6 trillion. Confiscating every single penny from every income earner making more than $114,000 – everyone in the top 10 percent of income earners – would still only generate $3.4 trillion. Not enough to cover the entirety of the 2011 budget.

On top of that, Medicare alone, with its current unfunded liabilities, is anywhere between $45 trillion and $90 trillion in debt. To think of it another way, people are receiving three times the amount from Medicare than they are contributing in to the program. It goes without saying that this can’t continue – and left, right and center all agree on that.

The right, led by Rep. Paul Ryan (R – WI), has released a proposal to take on and reform Medicare. As of right now, Mr. Ryan’s proposal is the only plan to deal with Medicare that has been presented by our politicians.

Honest people with integrity can and do disagree with Mr. Ryan’s budget plan, but until another plan emerges to deal with our entitlements, trumpeting tax hikes on the wealthy as a potential solution is irresponsible.

Tax increases on the rich cannot pay for our current level of government. Click here to listen.

To get regular updates on Heritage in Focus podcasts, visit our RSS feed or subscribe on iTunes.

To listen to more Heritage in Focus podcasts, visit our podcast page.

In Case You Missed It:  Steve Bannon to AG Garland and the Biden DOJ: You’re the Ones Who are Going to Face Criminal Penalties! (VIDEO)
Posted in Freedoms and tagged Congress, Conservatism, Foundry, Freedom, Governments, Obama, United Socialist States of America, White House.

Good Friday, a holy day for Christians around the world, is turning out to be a bad day for Egyptian...