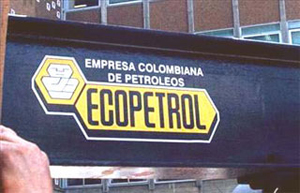 The U.S. Export-Import Bank, an independent agency of the federal government, is now planning a $2.84-billion loan of borrowed money, for a massive project to expand and upgrade an oil refinery in Cartagena, Colombia.

The money would go to Reficar, a wholly owned subsidiary of Ecopetrol, the Colombian national oil company. This isn’t even the beginning… it started with the recently approved $880 billion guarantees and loans to Ecopetrol earlier this year.

Who do you suppose owns a major stake in this Coumbian operation? Sure… that’s right… Obama’s buddy George Soros. Anyone find it interesting that not long ago Soros was rattling his chains in Obama’s direction… now, within a short span of 5 months, a project in which Soros is a major player receives a total of $3.72 billion in financing backed by a U.S.-government-controlled entity.

Meanwhile Canada has plans and wants a pipeline project down to Texas from Canada. It is expected to bring massive revenues and employment could be in the 300k-400k range through the states… yet Obama’s EPA oil czar Al Armendariz won’t allow it. Expected to bring more stability, lower prices, and efficiency to the economy, the exact thing we want/need to do, yet the Obama administration seems to do the opposite of everything that makes sense.We need leaders that have interest in investing in ourselves, right here in the USA!