Of course Islam is an economic solution, because in the Qur’an, obedience to Allah brings prosperity. So if Egypt is suffering economic woes, it is because it is not Islamic enough. And if Egypt does become an Islamic state and still doesn’t prosper, the Jews are always there to blame. 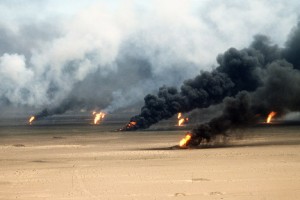 “Brotherhood leader: Islam is the answer to price hikes,” from Almasry Alyoum, April 27:

A Muslim Brotherhood member presented Islam as an economic solution during a conference in Daqahlia Governorate Tuesday.

Shennawy said the greatness of Islam lies in it being a comprehensive religion that embraces all fields of life.

As-Shennawy better be careful: saying something like that in America gets you a swift charge of “Islamophobia” from Islamic supremacists trying to deceive the public into thinking that Islam has no political dimension.

He said people should apply all Islamic orders rather than just the ones they like.

In apparent conflicting messages, the Brotherhood said during another conference in Minya that it does not want religion to govern the state.

“The Brotherhood will opt for a civilian state and is seeking a strong parliament, as well as municipal councils free of bribery and nepotism, that can address citizens’ needs,” said Supreme Guide Mohamed Badie….

The Joke’s on you, America – A Closer Look at Obama’s Birth Certificate (Video)

President Barack Obama’s long form birth certificate released at last – we knew it was too good to be true....