Posted by Colin Barr– Think the debate about U.S. creditworthiness can’t get any sillier? Guess again. 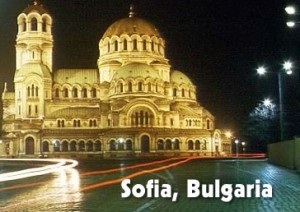 A week after Standard & Poor’s finally told us what we already knew, that the U.S. fiscal fiasco is in danger of spinning out of control, along comes Weiss Ratings of Jupiter, Fla., to reaffirm we can’t max out our national credit cards forever without paying the price.

Few would disagree on this point. But perhaps aiming to grab a headline or two, Weiss goes on to make the harder-to-believe case that U.S. debt is so rotten that it poses a bigger risk to investors than the bonds issued by 32 other countries – including the economic powerhouses Bulgaria, Mexico and Russia.

Those who remember the Mexican crisis of 1994 or held Russian bonds when it defaulted in 1998 may have their qualms, but Weiss doesn’t share them.

Accordingly, it slaps Treasuries with a C rating – its lowest investment grade rating, which signals “grave risks for policymakers and investors, including the possibility of a vicious cycle that includes severe declines in U.S. bond prices and the U.S. dollar.”

There is no getting past the fact that the United States has lost any plausible claim on a triple-A credit rating. Our overspending problem is gigantic and it looks like a long shot that our elected solons will get around to doing anything about it before it’s too late.

On the other hand, it’s sort of hard to see how a lot of the places that rank above the United States are really safe either – which only adds to the sense that as pathetic as the current rating agencies are, maybe doing their job well is not all that easy.

Among the nations getting Weiss’ top ratings, for instance, are those bastions of personal freedom China and Saudi Arabia. China scores an A despite the fact that no one has any earthly idea of what is really going on in its economy, and the Saudis get an A-minus even amid considerable question about how long they can stay in power.

When the U.S. does eventually get downgraded, will there be a flight to Saudi Arabian quality? Somehow I have my doubts. Even Dagong, the Chinese rating agency that debuted its sovereign ratings last summer with a jab at the U.S., had the good sense not to give China its top rating.

Weiss also goes over the top in criticizing Moody’s and S&P. Yes, they have made a mockery of themselves. But just as Dagong did, Weiss undermines its own credibility by wasting too many words on a thoroughly settled subject.

Among Weiss’ issues with the agencies’ triple-A rating: It is “fundamentally unfair” to investors, savers and sovereign nations that aren’t rated triple-A, because it allows the U.S. to borrow at artificially low rates that penalize these parties. I am not aware that fairness to savers is an issue in comparing the risk of bond issues, but apparently Weiss has other ideas.

Another Weiss gripe: leaving the triple-A in place even as U.S. finances deteriorated has “fostered political resistance and gridlock in Washington” and “helped create an environment of chronic public complacency.” This is, if anything, even more ridiculous than the fairness bit.

You can blame the big rating agencies for a lot of things, but causing Congress to fall down on the job is not among them. Our legislators have shown they can do that all by themselves, thanks very much.

Palestinian Authority Chairman Mahmoud Abbas has vehemently rejected reports of PA incitement, and has even gone so far as to claim...