Sunday night Obama went live from the Whitehouse confirming US troops had a shootout with Al-Qaeda troops in Pakistan after receiving intelligence that the 9/11 mastermind Osama bin Laden as well as other high level Al-Qaeda officials were known to be in a resort location within the country of Pakistan approximately 1 hour outside its capital. 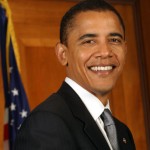 President Obama with the assistance of Pakistan went in after Al Qaeda within the compound in a covert operation led by the United States of America. Bin Laden was known to be inside the compound as CIA intelligence found, Osama was killed by United States troops after a breif shootout with Al-Qaeda operatives. The US currently has custody of Osama bin Ladens body and also have confirmed it is Osama by DNA tests. No US troops were injured during this operation.

It is a major accomplishment for Obama and his national security team, after many Americans had given up hope of ever finding bin Laden.

A crowd gathered outside the White House to celebrate, chanting, “USA, USA.”

Obama’s predecessor, George W. Bush, had repeatedly vowed to bring bin Laden to justice “dead or alive” for the September 11, 2001, attacks on New York and Washington that killed nearly 3,000 people, but never did before leaving office in early 2009.

U.S. officials said that after searching in vain for the al Qaeda leader since he disappeared in Afghanistan in late 2001, the Saudi-born extremist was killed in the Pakistani town of Abbotabad and his body recovered.

Having the body may help convince any doubters that bin Laden is really dead.

He had been the subject of a search since he eluded U.S. soldiers and Afghan militia forces in a large-scale assault on the Tora Bora mountains of Afghanistan in 2001.

In Case You Missed It:  Video: Frustrated Drivers Blocked on Busy Road Take Matters Into Their Own Hands and Drag Protesters Out of the Way
Posted in Terrorism, Tyranny and tagged al-Qaida, Obama, Osama bin Laden, Pakistan.

WASHINGTON – Al-Qaida mastermind Osama bin Laden is dead and the United States has his body, a person familiar with...