Can you imagine living in a country where private companies are told by the government that they can’t relocate within the country? Think that sounds like something out of China or the old Soviet Union? Think again. It’s happening right now, right here in the USA. 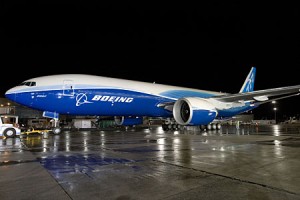 The Obama appointed National Labor Relations Board (NLRB) is trying to prevent Boeing from operating a second line of production in South Carolina in a just built $2 billion plant that would employ 1000 workers. The NLRB complaint contends that Boeing is fleeing it’s Washington State headquarters“in retaliation for past strike activity and to chill future strike activity by its union employees.”

Not only will the South Carolina plant employ over 1000 workers, no jobs have been cut at it’s current Puget Sound Plant. Quite the contrary, over 2000 jobs have been added.

Boeing had wanted to keep the plant to build its 787 Dreamliner in Washington. But a history of long strikes, the last being in 2008 that cost the company $1.8 billion, had Boeing trying to negotiate a long contract with a no-strike clause. Boeing made no secret of the fact that they were looking at other locations if an agreement could not be made.

The core issue of this battle is a Leftist government trying to keep employers from leaving unionized states and moving to right-to-work states.

While Wisconsin still is a unionized state, the battle Gov. Scott Walker unleashed with his collective bargaining bill is clearly reverberating across the nation. Unions and the Left see the writing on the wall in terms of popular support, and they’re doing anything and everything they can to maintain the stranglehold unions have in the workplace.

However this is fighting dirty. This gets to the heart of what America means. America has always been about opportunity and pulling yourself up by the bootstraps. Whether you own a mom and pop store or are CEO of an international corporation, the American government should not have the authority to tell you where you can set up shop. It goes against everything this country stands for.

In another union move to strike against American values, the activist NLRB is moving forward with a federal lawsuit against Arizona and South Dakota over voter-approved constitutional amendments that give workers the right to secret ballot voting.

The NLRB claims that these new laws conflict with the National Labor Relations Act that allows for employees two methods; secret ballot and signed authorization cards to choose a union.

Voters enacted secret ballot initiatives in 2010 to prevent intimidation that often occurs with open balloting in regards to unions. While federal law does trump state law, the secret ballot is a fundamental standard for ensuring fair elections. It’s why we elect all officials that way.

White House Wants to Track and Tax Your Mileage

By David A. Patten Conservative economists, commentators, and politicians are blasting a draft Obama administration plan that envisions using Big...