By David A. Patten

Conservative economists, commentators, and politicians are blasting a draft Obama administration plan that envisions using Big Brother-like tracking devices on private cars to tax drivers on how many miles they travel. 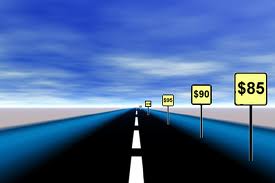 The new tax scheme, designed to help fund transportation spending, would determine your mileage by installing electronic equipment on your car. This would involve monitoring your location and how far you’ve traveled.

Fox host Lou Dobbs offered this reaction to the trial balloon on his radio show Thursday: “We’ve got an effective unemployment rate of nearly 17 percent in this country, and these idiots want to tax car mileage. It’s nuts, what they want to do,” he said.

Cato economist Chris Edwards tells Newsmax that the proposal, which he considers “a terrible idea,” is part of the reauthorization of U.S. transportation programs that is expected to occur sometime in the next 12 months.

“There is a high degree of risk that there’s going to be all kinds of big government, intrusive stuff in this bill,” he warns.

The administration, stung by rising gas prices and an 8-month high in jobless claims Thursday, is backing away from the draft proposal Thursday.

Psaki told TheHill.com that the draft plan “does not take into account the advice of the president’s senior advisers, economic team or Cabinet officials, and does not represent the views of the president.”

There has been growing momentum in recent months to find a new way to finance transportation spending.

In March, the Congressional Budget Office offered support for taxing drivers based on how many miles they travel. Payment, it suggested, could be collected automatically at service stations.

The draft of the transportation proposal, which reportedly has been circulated within the Department of Transportation and the Office of Management and Budget, would create a $300 million office within the Federal Highway Administration to be called the “Surface Transportation Revenue Alternatives Office.”

The office would be tasked with defining “the functionality of a mileage based user fee system and other systems,” according to the draft.

Allen, who is campaigning to represent the Old Dominion in the U.S. Senate, released a statement that: “In our struggling economy, the worst thing Washington can do is raise taxes on middle-class families and small businesses. Yet that is exactly what the latest scheme being floated by Washington Democrats calls for.”

In Minnesota, the state department of transportation is conducting a research project that would use smart phones with a GPS application to monitor mileage. Critics point out, however, that taxing drivers based on miles driven rather than gallons consumed would decrease their incentive to purchase more fuel-efficient vehicles.

Quite apart from the economic issues are the privacy concerns. Allen labeled the tax an “onerous, big brother proposal.”

Edwards, the editor of DownsizingGovernment.org, tells Newsmax: “There’s clearly a potential for privacy abuses with such a system, government tracking American citizens driving around in their cars. These government data bases have often been hacked and leaked. So there’s a big privacy concern here.”

The draft proposal calls for field trials to test the feasibility of the mileage tax, but does not specify when or where those trials would occur.

In Case You Missed It:  Mark Meadows Former Aide, Cassidy Hutchinson, Who No One Has Heard of, Expected as Surprise Witness for Sham Committee Hearing
Posted in Tyranny and tagged Democrats, Financial, Liberalism, Obama, White House.

by Daniel Pipes May 4, 2011 Cross-posted from National Review Online Although the execution of Osama bin Laden was mainly...