Hezbollah terrorists are setting up shop across the border in Mexico. 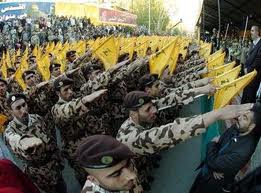 A former U.S. intelligence agent reported that Hezbollah has been setting up shop in Mexico for the past 15 to 20 years AND they’re partnering with the drug cartels to gain the funds, the guns and they money needed to cross the border and carry out terrorist attacks on you and I.

All that’s protecting the lives of innocent Americans from the militant jihadists intent on destroying our country and way of life is a few miles of desert and largely unmonitored, open border.

For decades Hezbollah has operated in South America and then Central America, sometimes with and sometimes without their ally in terror, Hamas.

Now, Hezbollah is blending into Shi’a Muslim communities in Mexico, including Tijuana, as they build their relationships with Mexican drug cartels to gain the funds needed for terror attacks on the U.S.

Other pockets existing along the U.S.-Mexico border remain largely unidentified as U.S. intelligence agencies are focused on the drug trade. 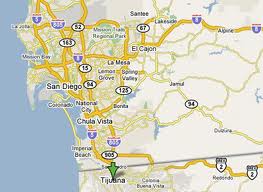 The U.S. intelligence community regards Hezbollah as the ‘A Team’ of terrorists when compared to Al-Qaeda because the members of Hezbollah are better-trained, better-organized and overall better strategic thinkers.

We’re all familiar with Hezbollah’s international successes in big-ticket bombings.

The Obama Administration continues to ignore the terrorists plotting against us and playing politics with border security and immigration reform for the sake of re-election with the help of Amnesty for EVERY illegal immigrant by next year.

Patriots, we have been completely left in the dark about this very REAL and very CLOSE threat to our safety and security as individuals and as a nation.

We MUST DEMAND a secure border. Right now, Washington is determining whether or not to keep National Guard troops deployed along the U.S.-Mexico border.

We have to make sure that not only do the current number of troops remain at their post guarding America from the drug cartels, human-trafficking and terrorists – we also MUST DEMAND more Guards and troops from every other service as well be stationed along the border.

So far, Congress has blocked Obama’s freedom crushing plans to grant Amnesty to 12 million illegal immigrants. But, by abusing the “Executive Order” loop-hole, he can get away with giving illegal aliens and terrorists a free pass into our country without even going to Congress first.

And without your help now, along with the help of thousands of other vigilant and informed citizen voters, Congress won’t act to defend the integrity of American citizenship. Contrary to what they might believe, the truth is this: Congress works for us. And we won’t rest until they’re WORKING HARD to stop Obama’s assault on our Constitution.

Your CITIZENS PETITION FORM will urge Congress to:

Unless you and I compel Congress to act TODAY, Amnesty for illegals will soon be Executive Ordered by Barack Obama and Hezbollah will have a free pass to hop across the border into our country and legally set-up camp within OUR BORDERS.

Help us mobilize common sense, patriotic Americans against this travesty! The Obama Administration’s plan for mass Amnesty MUST BE STOPPED!!

Thanks to Americans like you, who care about the safety and future of our country, there is mounting pressure to stop Obama. But it will take the lead of an emboldened Senate to turn up the pressure. THEY MUST HEAR LOUDLY FROM PATRIOTS LIKE YOU!

When sitting down to write a family budget for the year, the typical first step is to list what the...