The last month has been a horror show for the U.S. economy, with economic data falling off a cliff, according to Mike Riddell, a fund manager at M&G Investments in London. 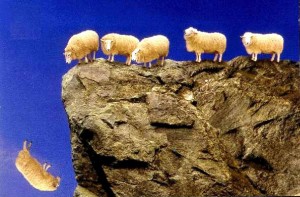 “It seems that almost every bit of data about the health of the US economy has disappointed expectations recently,” said Riddell, in a note sent to CNBC on Wednesday.

“And that’s just in the last week and a bit,” said Riddell.

Pointing to the dramatic turnaround in the Citigroup “Economic Surprise Index” for the United States, Riddell said the tumble in a matter of months to negative from positive is almost as bad as the situation before the collapse of Lehman Brothers in 2008.

“The correlation between the economic surprise index and Treasury yields is very close, so the lesson is that whatever your long term macro views are regarding hyper inflation vs. deflation or the risk of the US defaulting, the reality is that if you want to have a view about government bond prices, the best thing you can do is look at the economic data to see what’s actually going on,” said Riddell.

“And right now, the economic data is suggesting that however measly you may think a 3 percent yield is on a 10-year Treasury, the yield should probably be a fair bit lower given what’s going on in the US economy,” said Riddell.

“You’ve also got to wonder at what point the markets for risky assets start noticing, too.”

Earlier in the week, the media reported the Pentagon’s position that a serious cyber attack might require a military response—to...