(Reuters) The U.S. is “playing with fire” over its debt ceiling debate and, “there is a risk a U.S. debt default may happen,” according to Chinese central bank advisor Li Daokui. 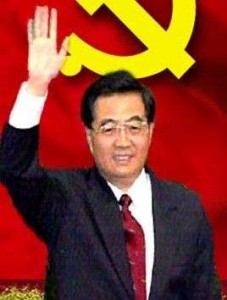 Speaking at a conference in Beijing, Daokui said, according to Reuters:

“If a default happens, the Chinese government should have a consultation with the U.S. government. China can promise that we will not sell our holdings of U.S. debt, but the United States must also promise that you will not hurt our interests by guaranteeing the safety of our investment… I really worry about the risks of a U.S. debt default, which I think may lead to a decline in the dollar’s value.”

This is the first time we’ve heard any source from China wade into this debate — in the past they’ve made general comments about the debt, and concerns about the value of their US dollar-denominated holdings.

What may be particularly worrisome for them is this growing idea that a default would have no negative ramifications by the US, a seemingly radical notion that’s going mainstream.

Today the House Committee on Science, Space, and Technology released a comprehensive report that details the Obama Administration’s attempt to...