Former Utah Gov. Jon Huntsman, who is mulling a bid for the 2012 GOP presidential nomination, said President Obama has “failed on the economic front.” 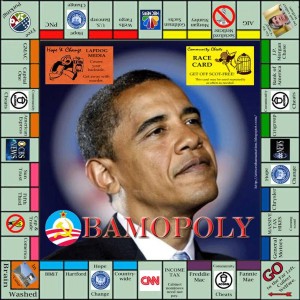 “On the economic side, there are no signs of success, very little,” Mr. Huntsman said in a taped interview broadcast Sunday on CNN’s “State of the Union.”

The criticism of Mr. Obama marked a shift toward a more partisan message from Mr. Huntsman, who until about six weeks ago served as Mr. Obama’s ambassador to China. In speeches and appearances, the undeclared candidate has generally avoided taking shots at his former boss, or even at his potential rivals in the GOP field.

Mr. Huntsman has been campaigning heavily in New Hampshire, but he is skipping Monday’s GOP debate there and declined to officially announce his run during the CNN interview, though he did say he and his family are prepared for a run.

The federal government's financial condition deteriorated rapidly last year, far beyond the $1.5 trillion in new debt taken on to...