(by MARCIA SEGELSTEIN- Christian News) Pedophilia is another “sexual orientation,” comparable to heterosexuality or homosexuality, according to expert testimony recently presented to the Canadian Parliament. 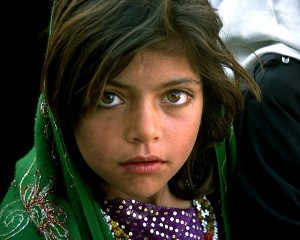 The issue at hand was a bill that would either increase penalties or impose mandatory sentences on sexual offenders whose victims are children.

According to a report at LifeSiteNews, Dr. Hubert Van Gijseghem, a psychologist and retired professor at the University of Montreal and one of the expert witnesses, told members of parliament, “True pedophiles have an exclusive preference for children, which is the same as having a sexual orientation.” The other expert, Dr. Vernon Quinsey, a professor emeritus of psychology at Queen’s University in Ontario, added, “There is no evidence that this sort of preference can be changed through treatment or anything else. . . . It’s not necessarily that they need to change their sexual orientation; they need to learn to control themselves, with our help.

Member of Parliament Marc Lemay had this reaction to the testimony: “In my opinion, society and no one around this table will accept pedophilia, even if it is a sexual orientation. . . . I recall a period, not too long ago, when homosexuality was treated as an illness. It is now accepted, society has accepted it. . . . I cannot imagine pedophilia being accepted in 2011.”

The report raises many issues. First the good news. Legislators to our north are learning that there is no quick fix for pedophiles. Hopefully that will inform their decision-making on how to deal with them.

Now the not-so-good news. While I believe the doctors testifying were trying to make the point that pedophilia is a serious, perhaps untreatable, condition, calling it another “sexual orientation” undermines that point.

Lemay’s reaction is telling. Right now it may be impossible to imagine society accepting pedophilia. A generation ago it would have been impossible to imagine abortion on demand, or elementary school children being taught about homosexuality. And if you don’t think there are people out there trying to push this as an agenda, then I guess you’ve never heard of the North American Man Boy Love Association.

Here’s how that group describes itself on its website: “As never before, our society is beginning to recognize the value and richness of human diversity. . . . Man/boy love is exceptional only for the degree to which it is still misunderstood in cultures derived from Northwestern Europe. . . . [Man/boy] relationships do not harm anyone, and often entail many benefits for both man and boy.”

In Case You Missed It:  Buy a pair of Levi’s, help murder an unborn child
Posted in Freedoms and tagged Canada, Crime, Liberalism, Muslims, Political Correctness.

Boehner Warned Obama, He Will be in Violation of Congress by Tuesday

(Washington Times) Stepping up a simmering constitutional conflict, House Speaker John A. Boehner warned President Obama on Tuesday that unless...