(Bruce Krasting) We have two distinct groups in D.C. that are stuck between a very big rock and a hard place. The first is the Federal Reserve. The second is the Democrats and Republicans and the battle being waged over the debt limit. I see a possible solution to these impasses. It’s so simple that I’m sure it is being considered. The prospect is scaring the crap out of me however. 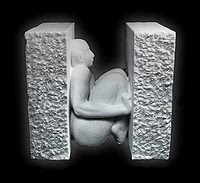 The Fed is in a bind. The economy is clearly slowing down again. Unemployment will soon follow. According to the Fed’s Dual Mandate they should be doing something about that.

They have few options. They can’t do more Large Scale Asset Purchases (“LSAP”). What has become referred to as “QE”, has not worked. It was also very unpopular (both in and out of the country). LSAPs may come back sometime, but they are on the shelf for at least a year. What could the Fed do in the near future?

II) They could alter the ZIRP (zero interest rates) language from: “For the foreseeable future” to: “Until such time as the Fed’s new inflation target has been achieved but not less than one year”.

These relatively minor changes would have very dramatic effects.

-The dollar would crap out. Exports would increase.

-This would result in wage pressure. Exactly what the Fed wants.

-The resulting inflation in all commodities would roll into new home construction costs and therefore be a boost to existing values. (Soft bailout to housing/lenders)

-It is (short-term) supportive of equities. Exactly what the Fed wants.

-Debt costs can’t rise too fast as ZIRP keeps the belly of the curve cheap. This has to happen. Without LSAPs, this is the only way to achieve it.

Are you scared yet? Now consider where the politicians are on the inflation story.

Republicans have drawn a line in the sand on the debt limit with their position of “No New Taxes”. The Democrats have said pretty much the opposite with, “No spending cuts”.

Neither side appears to be giving an inch. There is no common ground. Yet, to go to August 2 without a resolution is just a dumb move. Both sides of this big debate know that the next presidential election is riding on the outcome. If the US is to default; one side or the other will shoulder the blame. The “side” that gets the blame will lose the election. And both sides understand this. So where’s the compromise?

The solution is inflation. The government has got to get out of its inflation indexed obligations. You don’t have to raise tax brackets to raise revenues or cut expenses. You can mess with inflation adjustments to achieve these ends. Both sides can appear to win if this is accomplished.

Consider the words last week of Brian Graff of ASPPA (Lobby for pensions and actuaries) (The conference was sponsored by the IRS!!)

“Eliminating indexing is one of the proposals receiving serious consideration as Congress enters “uncharted territory” with legislation to raise the debt ceiling, If Congress were to stop indexing for a period of time, which would affect tax brackets, individual retirement account contributions, and contribution limits under tax code Section 415, “you could raise a lot of money, and those are the kinds of things they are talking about.”

On the expense side of the equation a great deal of fat can be cut by eliminating/cutting COLA increases in a variety of programs. The most important of which would be Social Security. Depending on how the cuts in COLA are defined and how they are applied a huge amount of money would be saved over an extended period.

If all social obligations had their COLA increases cut in half it would (on paper) put the US on a much more solid long-term footing. It is a very appealing “kick the can down the road” approach. No cuts in programs (just smaller increases) and no new taxes (but higher revenue as the inflation adjustments for AMT and other tax issues kick in).

If you buy into this thinking this is they way it could play out:

We DO go to the 11th hour on the debt limit. But a compromised is reached. Central to the deal is a broad restructuring of the way inflation impacts both revenue and expenses at the federal level. Both sides claim victory.

Two months later Bernanke will announce what will be called QE3. He will make a long-term commitment (at least one year) to maintaining interest rates at near zero levels. And he will raise the inflation target that the Fed is hoping to achieve by 35% (‘smidge’ over 3% core CPI)

Should things play out along these lines it will be sea change series of events. If anything like this were to be in our future the very worst financial position would be short gold and long bonds. Being short volatility in any market would also be a mistake. Outside of that, I’m not sure where/how to position for this.

Deflation is scaring us to death. But inflation will kill us. And that is exactly what the ‘Deciders’ have in store for us.

In Case You Missed It:  CDC Quietly Drops Vaccine-Status Discrimination – Finally Admits Their Vaccines Do Not Prevent Anyone from Getting or Spreading the Virus
Posted in Financial, Tyranny and tagged Economy, Obamanomics.

America’s chemical industry is one of the biggest consumers of natural gas. But it is stridently opposed to government interference...