(By Malcolm Moore, Shanghai) Next month, four enormous steel skeletons, the last of the 12 segments of the bridge, will be shipped 6,500 miles from Shanghai to San Francisco before being assembled on site. 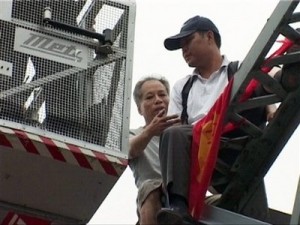 The bridge, which will connect San Francisco to Oakland on the other side of the bay, is a sign of how China has moved on from building roads and ports in Africa and the developing world and is now aggressively bidding for, and winning, major construction and engineering projects in the United States and Europe.

After building forests of skyscrapers in Beijing and Shanghai, showpiece buildings like the Bird’s Nest stadium and the Guangzhou Opera House, and a high-speed rail network that is the envy of the world, Chinese construction companies are flush with cash and confidence. This week, Wen Jiabao, the Chinese premier, lobbied David Cameron to give the contract for the UK’s new high speed rail link to a Chinese company.

According to Engineering News Record, five of the world’s top 10 contractors, in terms of revenue, are now Chinese, with likes of China State Construction Engineering Group (CSCEC) overtaking established American giants like Bechtel.

CSCEC has already built seven schools in the US, apartment blocks in Washington DC and New York and is in the middle of building a 4,000-room casino in Atlantic City. In New York, it has won contracts to renovate the subway system, build a new metro platform near Yankee stadium, and refurbish the Alexander Hamilton Bridge over the Harlem river.(now this is something you’d think the Unions would go crazy over in NY)

Today, the Sixth Circuit Court of Appeals issued a decision upholding Obamacare against a constitutional challenge. While this is disappointing,...